Biden could relax US sanctions on Cuba 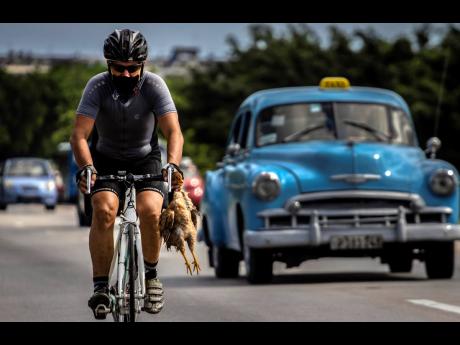 AP
A cyclist wearing a mask as a precaution against the spread of the coronavirus carries a chicken in his hand while he pedals his bicycle in Havana, Cuba, on October 11, 2020. There are hopes for a warming of relations between Cuba and the United States as Joe Biden takes the presidency next year. 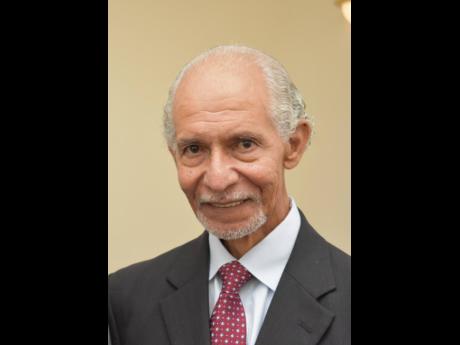 With United States President-elect Joe Biden planning to sign a flurry of executive orders after being sworn into office on January 20 next year to reverse a number of Trump policies, Cuba could once again see a warming of relations with its northern neighbour in the months ahead.

Ambassador Curtis Ward believes a relaxing of sanctions in a Joe Biden-Kamala Harris administration is possible for the Caribbean island, returning to pre-Donald Trump times under more favourable policies under the Barack Obama era, during which Biden served as vice-president.

“President Trump came into office and started to reverse those policies by returning restrictions that preceded Obama and by his action to appease a certain segment of the society in Florida – the Cuban-American population – to reverse most of Obama’s policies,” he added.

Ward noted that some of the policies could be reinstituted through executive orders by Biden, but tougher sanctions such as the Cuban embargo can only be shaken if the Democrats, who already have their grasp on the presidency and the House, also gain control of the Senate, which hinges on the outcome of a run-off in Georgia.

Ward said that a Republican-controlled Senate is unlikely to countenance any lifting of the embargo, which prevents American businesses, and businesses with commercial activities in the United States, from conducting trade with Cuban interests.

“I think there will be in some way a more sane policy on Cuba,” Ward said, however.

Last week, Cuban President Miguel Daiz-Canel Bermudez tweeted that he had recognised that the Americans had chosen a new direction in the presidential election and that he believed in the possibility of having constructive bilateral relations with the US while “respecting our differences”.

In June, Republican Senator Rick Scott led the introduction of the Cut Profits to the Cuban Regime Act in the US Senate to classify the humanitarian engagements by Cuba as a form of human trafficking and has the potential to be a factor when ranking countries in its annual Trafficking in Persons report.

Scherie Murray, a Republican supporter and head of the Unite the Fight Political Action Committee, agreed that if Republicans do not win the Senate this time around, Biden would have an easier path to easing restrictions on Cuba.

She said also that if Georgia Republicans pull off a win, then there will be gridlock in the Senate, testing Biden’s talks of unity and Democrats will be forced to work across the aisles.

“That is something that I support,” she told the forum.

In September, President Trump announced a series of new sanctions against Cuba that prohibit Americans from importing Cuban cigars and rum and staying in hotels funded by the Cuban government.

The new restrictions follow a series of measures announced by the Trump administration in 2019 that aimed to curtail travel to Cuba from the United States, including a ban on cruise ships, private yachts, fishing vessels, and group educational and cultural trips.

The Treasury Department said that US citizens will also have been restricted from attending or organising conferences in Cuba and participating in public performances, clinics, workshops, competitions, and exhibitions on the island.