McKenzie: No dislocation of communities to facilitate new Parliament building 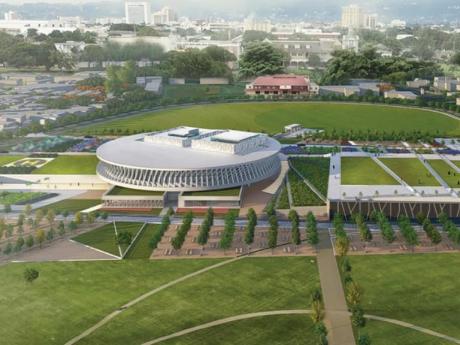 The design for the new Houses of Parliament building, titled ‘Out of Many, One People’.

Minister of Local Government and Rural Development, Desmond McKenzie, is assuring residents living in communities surrounding National Heroes Park in Kingston that there will be no dislocation to facilitate the construction of the new Houses of Parliament building.

The Minister, who leads the taskforce overseeing the project, was speaking at a virtual public consultation on the Environmental Impact Assessment of the project, hosted by the Urban Development Corporation and Environmental Solutions Limited on Thursday, November 12.

“The residents in the communities surrounding Heroes Circle should have no fear. There is no intention for any dislocation, any demolition of housing or moving out persons to facilitate the construction of the Parliament building,” he noted, adding that there will be no work undertaken outside of Heroes Circle.

He said that the project will upgrade the value of the existing communities around the Parliament building.

“The development will bring a positive result to the area. It will create employment, both formal and informal, because where construction sites are situated a lot of things will be required,” he pointed out.

Minister McKenzie said that it is the intention of the Government to look at the physical structure around the various communities to see how they can be improved.

Construction of the new Parliament building is expected to begin in 2021 and forms part of the National Heroes Park Redevelopment and Government Campus Project, which is a component of a master plan to redevelop downtown Kingston.

The design for the building was selected from entries received during a competition launched in May 2018 and opened to architects based in the island and in the Diaspora.

The winning design, titled ‘Out of Many, One People’, done by Design Collaborative Limited, features a circular façade with prominent crossed columns reminiscent of the National Arena.

The building sits in a well-landscaped setting inclusive of water features, hard-scape and gardens.