To Sir, with love - A tribute to Sheldon McDonald 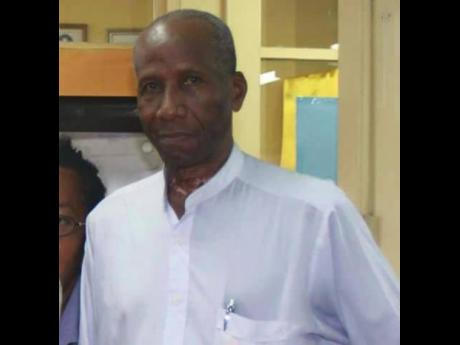 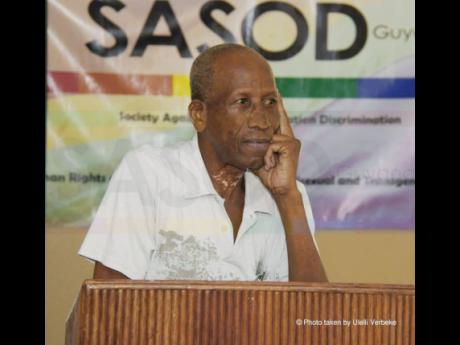 It always happens. We procrastinate expressing our love and appreciation to our family and friends. Suddenly, the opportunity fades away and that moment is lost. We then struggle with the old adage: If I could, I would, I should.

This is my tribute to a dear friend, who shaped my character during my adolescence. He was also a friend of Jamaica, Guyana, and a friend of the Caribbean.

My growth needed nurturing to develop into a productive and meaningful youth with a sense of purpose. It really does take a village to raise a child, and I found my settlement in a group of politicians who occasionally assembled at a popular watering hole to engage in chatter. I was fascinated to be in their presence, and they welcomed this young “gofer” to fetch their various tastes in beverages.

There was this particular drink that caught my interest: a simple mixture of Appleton white rum and milk, served on ice. It was a favourite among some of the men, and my taste buds were curious to find out more about its appeal. Anyway, I will get back to this drink later.

Among the political technocrats was a gentleman that stood out during the various engagements. He was highly articulate in his arguments, which were occasionally punctuated with timely posturing for effect. I gravitated towards him because he commanded attention and was somehow able to make you believe that what he was saying was the gospel. He nicknamed me Carlos, and the name stuck among the men.

His name is Sheldon McDonald.

Every evening, I would absorb the various discussions, style, and substance of their arguments – particularly Sheldon’s. He eventually became my community ‘big brother’ and nurtured my enthusiastic mind to develop my verbal and written expressions as well as my deportment.

While an accounting clerk at the Ministry of Foreign Affairs and Foreign Trade in Jamaica, the ministry extended an invitation to its staff to participate in a mock conference.

This invitation (expressed but not written) was open to the higher levels of staff from the various specialised departments – economics, trade, political, and consular, and who were university graduates with various acumens.

I became a nuisance to the director of inspectorate, the director of human resources, and the director general, presenting a case why I felt I should be considered for selection. After a few days of persistence, I was chosen to be the prime minister of Australia. The conference was to begin in two weeks.

Sheldon invited me to his office and gave me a number of documents to proofread. Some were speeches he had prepared, and he wanted me to make sure they had no grammatical or spelling errors and to ensure that the sentences flowed. After spending six hours reviewing these wretched documents, I found no flaws. It turned out there were none – he just wanted me to read and understand the various components of writing.

We spent continuous evenings and nights at his office and home drafting, redrafting, and rehearsing the script for the conference, with the occasional break for him to enjoy his favourite drink. Finally, Sheldon gave me his blessings that I was prepared.

The morning of the conference was terrifying, but I somehow had a good feeling deep inside.

During my opening remarks as the prime minister of Australia, I paid tribute to the Canadian prime minister for his peace-keeping efforts and his commitment to end world tyranny.

This received a warm applause. I felt great.

At the end of my presentation, I received a standing ovation. I had exceeded the expectations of an accounting clerk. Three months after, I was summoned into the office of the director of HR. I was being considered for overseas assignment and would begin training the following week. A year later, I was posted to the Jamaican Consulate General in Miami. Three years after, reassigned to the permanent representative to the United Nations (Jamaican Embassy) in Geneva, Switzerland.

I could not have achieved this without the invaluable influence of Sheldon McDonald.

Our lives drifted apart, and Sheldon began work with CARICOM and the Caribbean Court of Justice. He eventually settled as the head of the University of Guyana Law Department. We kept in contact, but sporadically, and not as often as I should have.

In November 2015, I read that Sheldon had passed away under tragic circumstances.

I was in emotional pain. My mind flashed back to his many guiding lights:

Sheldon taught me the importance of the inflection in your voice to emphasise a point; pausing between points to allow the audience to absorb and reflect; insertion of humour at the appropriate time to encourage relaxation; if you were uncomfortable making eye contact, then stare directly at the centre of their forehead slightly above the eyes to give the illusion that you were looking at them; when asked a critical question, always analyse if the person needs to know or simply wants to know.

Sheldon taught me how to drive standard shift on the precarious Jamaican country roads.

He taught me how to play dominoes – shuffle, read the game, block, and colt.

Sheldon, your influence is not lost. In fact, I have made the commitment to pay it forward and continually reference your contributions to my life and the lives of many who came across your path.

Ladies and gentlemen, please allow me to raise my glass of white rum and milk on ice in a toast to Sheldon.

Karl Salmon is a former Jamaican Foreign Service Officer, before moving to Canada and currently working in project management. His interest in writing began at 14 years old when he wrote the poem ‘Eventide’ to reflect on the senseless fire in 1980 that took the lives of 146 senior residents. He is an amateur and leisurely writer who seeks to push the boundaries to engage readers on various and sometimes uncomfortable topics.