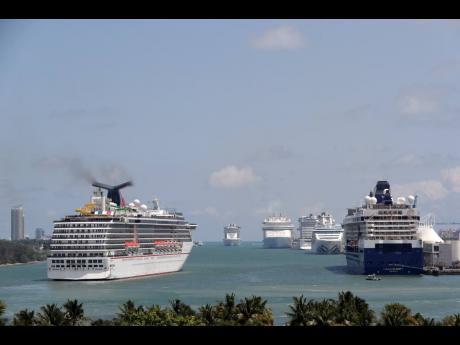 Like their airline counterparts, cruise lines on dry dock owing to COVID-19 are calling for a unified approach to travel guidelines for the Caribbean.

Government and Community Engagement representative for the Caribbean at Carnival Corporation Group, Marie McKenzie, who serves on a task force established by the Florida-Caribbean Cruise Association, said even though Carnival has not resumed sailing, one major challenge spotted so far has been the variation in requirements for each destination.

McKenzie said while the cruise operators are very respectful of the fact that each country, as sovereign nations, has the authority to set its own guidelines, the difference in stipulations make it operationally challenging for the cruise lines as, among other things, it makes it harder to sell trips, and is also a deterrent for guests.

She was speaking at a Private Sector Organisation of Jamaica (PSOJ) online Economic Series tagged ‘Roadmap to Jamaica 2.0: Tourism Recovery’ last week, when she pointed out that it was an absolute requirement for Carnival to put a destination on its itinerary, and for a destination to have a standard set of guidelines.

“So it’s very important that we understand what the government requirements will be for us to enter the island up front. And the sooner the better, because even though we have paused now, we are selling cruises for next year, and so if we have Jamaica on the itinerary, we want to be able to sell it and know that we can get into the destination,” she said.

McKenzie added that she has had an opportunity to meet with the Government of Jamaica to start discussion about what that might look like.

“Because even though the CDC (Center for Disease Control and Prevention) governs how we operate out of the US, we have to be respectful of what’s happening, of course, in the destinations and expectations of government,” she said.

Admitting that their priority was to start sailing, McKenzie said since March 13, as an industry they have paused operations and are working with the CDC, initially under a no-sail order. However, the CDC has since issued a conditional sail order which the cruise lines still need to work through.

And for Carnival, McKenzie noted that their priority was working with every destination partners such as Jamaica. This has become even more pronounced with the huge demand for cruise travel, which is heightened by the recent announcements that a COVID-19 vaccine was 90 per cent ready.

“People want to travel,” she explained, adding that pre-COVID, Carnival was moving approximately 10 million passengers throughout the region.

She said the other hurdles to kick-starting operations included figuring out with the CDC and the cruise line’s destination partners ‘how to operate safely’.

As a consequence, she said a phased approach to resuming cruises is being considered, under what she described as a controlled environment, beginning with short-haul cruises, as the cruise line wants to first ensure that the protocols it has implemented actually work.

The short-haul measures include ‘cruises to nowhere’ with employees only, as well as trips with guests to its private island destinations and developed ports where the entity has control.

“However, our company did not grow and become the company that we are today, operating like that for the long term. So that is not our desire to operate in that manner. We absolutely hope to be able to expand beyond that, very quickly, but we do consider it necessary in the short term,” she added.