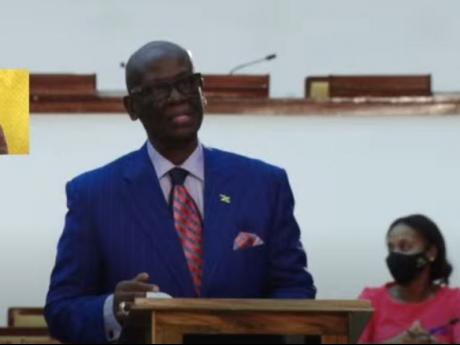 The House of Representatives this afternoon approved amendments to the Representation of the People Act to allow the local government elections to be deferred up to February 27, 2022.

The bill was piloted by Local Government Minister, Desmond McKenzie.

Local elections are held every four years and the last poll was conducted on November 28, 2016.

This means that another election would be due by November 29 this year.

McKenzie outlined that more time is needed given the current situation in the country, citing, among other things, the COVID-19 pandemic, the risk of exposure to the virus if an election is held, and financial constraints exacerbated by infrastructure damage caused by the recent heavy rains.

It was against that background that the law was amended to stipulate that the polls may be pushed back to a date no later than February 27, 2022.

The amended temporary law would remain in force until February 28, 2022, and expire thereafter.

McKenzie assured that the polls will be held within the new timeframe.

The Opposition supported the bill.

The bill is to go before Senate this week for approval.