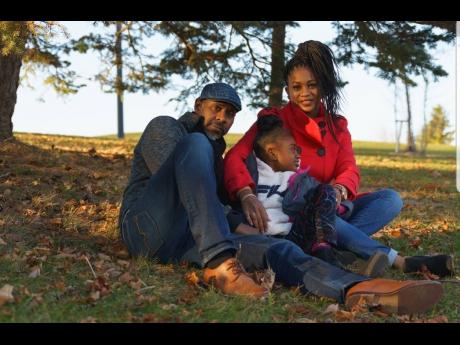 Contributed
Sean and Annasha Martin with their daughter, Shayla.

Sean Martin is an autism advocate who is zealous about spreading awareness of the disease in Jamaica and, by extension, the Caribbean.

Martin is the founder of a non-profit foundation, Shayla’s Voice, which was named in honour of his autistic daughter.

Started in April 2019, Shayla’s Voice caters to families with special-needs children, providing them with access to various therapies and services.

Martin said he started the foundation after his family faced numerous challenges stemming from the diagnosis of his now nine-year-old daughter.

Asserting that there is little autism support and awareness in the Caribbean, he told The Gleaner that his family is passionate about educating people about the disorder which affects one in every 68 children.

“Based on the challenges we faced throughout the initial journey, we’re trying to help offset that for other families by sharing our journey and information we’ve gathered along the way, especially in the Caribbean where the awareness and support still isn’t fully matured yet, so we want to be able to help to increase it,” Martin said.

Autism or autism spectrum disorder may be described as a broad range of conditions characterised by challenges with repetitive behaviours, social skills, speech, and non-verbal communication.

Martin shared that his daughter showed no signs of the disease until she was almost three years old, when he noticed signs of regression in her development.

“Shayla was speaking at her age group up to two and a half years old then her daycare alerted us that she was no longer keeping up with the other kids her age. A few months after that, she started losing all the words she had at that point. She wasn’t able to verbalise her needs and still isn’t able to do that now. She experiences regular meltdowns where she would be crying and biting herself for hours,” he said.

According to the Jamaica Autism Support Association, some 678 babies are born with the condition in Jamaica.

While there is no cure for autism, experts say the disorder can be treated and managed through various therapies and behavioural interventions. Also, autism-related symptoms such as anxiety or obsessive-compulsive disorder may be treated with prescribed medication.

“I expected a healthy, ‘normal’ child. I didn’t see autism coming. In fact, I had no clue what autism was. I was in denial for a long period of time. I blamed myself, I was angry, I was devastated. No parent wants to hear that their child has a disability, more so one where there’s no cure. “

Citing early intervention as “key”, Annasha said, however, she was determined to find all necessary resources to combat the disorder. “I basically had to put my feelings aside and put in the work for Shayla. Navigating the world of autism wasn’t easy at first. We struggled to find the right services and we didn’t have any support system who had experience in that field, but we had to push through and leave no stone unturned.”

She added that support is critical for parents with special-needs children.

“If I could give any advice to anyone receiving a diagnosis today, the first thing I would recommend is that they find a support group ... find people who have been through the same experience. It’s also important that parents know that this is not their fault, just love your child in every way you can, your child is still your child,” she said.

Martin has lauded over 400 businesses across Canada who have partnered with Shayla’s Voice, offering services in the forms of dental care, hairdressing and barbering.

“It’s not easy to bring a special-needs child into just any dentist office, etc., if they aren’t equipped,” he noted.

With over 1200 YouTube subscribers and hundreds of followers on social media, Martin is hoping to make an impact, one island at a time.