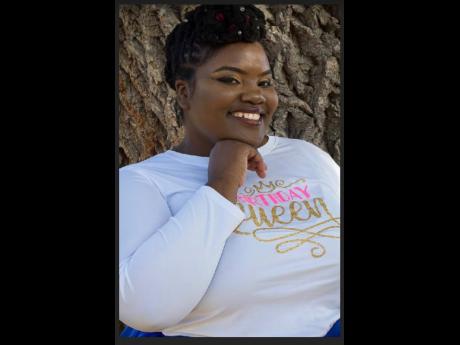 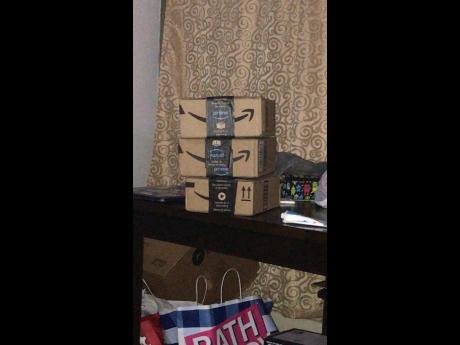 Contributed
Some of the tablets that were sent to Jamaica.
1
2

On Wednesday, Andrene Dora Burrell, a past student of Glenmuir High School, celebrated her 30th birthday. However, unlike other times when she expected to receive gifts, this year she decided to give them instead.

“As I started preparing for my birthday, I wondered what I would do this year, take a vacation, purchase something I’ve been eyeing all year, have a party maybe, 30 is a big deal! I was sitting in my living room and I thought of the COVID pandemic and what it has been doing to the education system in Jamaica,” she related, adding that the Government can only do so much and no more. That started her thinking on how she could help.

It was then, she said, it dawned on her that instead of showering herself with gifts this year, she would start her 30th birthday year by giving to others.

“I then sent a message to my friends that for this birthday, I do not want any gifts, but that they should partner with me to help purchase 14 tablets to give to a child in each parish in Jamaica. The response was overwhelming! I was touched by how many persons were willing to assist, whether in part or whole to purchase the devices. Hence, the tablet incentive was on,” she said.

“In as little time as it was posted, videos started pouring in. Each video I watched melted my heart more and more. The need was great and sincere. How could I choose only 14? I also didn’t want to post the videos as some of them were very personal and I wanted to protect their privacy. I kept collecting videos and kept praying. God would have had it that I was able to gift all 22 applicants with a tablet as opposed to the 14 that was advertised,” she informed.

Burrell, who now lives in Canada after migrating from her home in Mineral Heights, Clarendon, in 2010, said giving comes natural to her, as her parents and grandmother – well, her entire family, she amended, always instilled in her the value of sharing. With a smile, she said in that aspect, she didn’t have much of a choice as being the second of seven children they had to share!

While living in Mineral Heights, she said she would volunteer her time at the community centre, teaching a course in beginner Spanish, English language and information technology through a HEART-funded programme and the citizens’ association.

However, Burrell credits her alma mater, Glenmuir High School, for her tapping into what she calls ‘the spirit of giving and service to others’.

“I was a very vibrant child but my teachers really poured into me and instilled an attitude of selflessness. As a member of the award-winning Jamaica Cultural Development Commission Festival Choir, we were oftentimes out serving our community and the country at large, whether through singing or giving of our time for a worthy cause,” said Burrell, who served as deputy head girl at the high-performing school.

Moving to Canada presented even more opportunities for her to do more and this, she said, she has always tried to do in one form or another.

A practising Seventh-day Adventist, Burrell said she is cognisant of the fact that God expects His servants to bless others, even if they have little.

Burrell said she started out wanting to bless the needy families, but she has ended up being blessed instead by the smile on their faces, something she said will last her for a lifetime.

And where her giving is concerned, she has no plans to stop as she said there are many other children who were not reached for one reason or another, and so the outreach continues.

Burrell, the owner of a travel business, Dora’s Travel Haven, which has been in business for a little over a year, said God has really blessed her and she is happy to share the blessing with others.