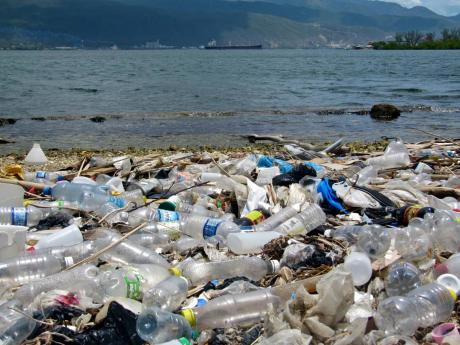 Emma Lewis
Pollution from single-use plastics and other sources has become a growing concern for Jamaica, as elsewhere in the world. 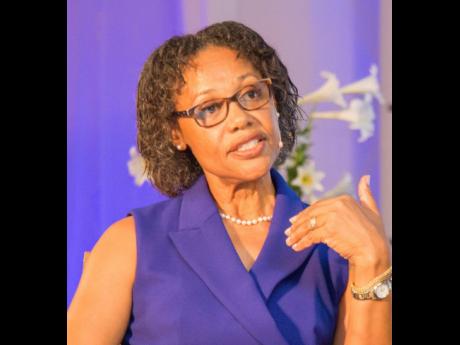 JAMAICA IS putting the meat on the bones of a project that tackles the scourge of plastics pollution in the island’s cities, as part of a larger Caribbean effort being financed by the Global Environment Facility (GEF) and with the support of the United Nations Environment Programme.

That larger effort is titled ‘Reduce marine plastics and plastic pollution by supporting governments and businesses at the city level to accelerate the transition to a circular economy’. A circular economy looks to keep resources, such as plastics, in use for as long as possible, extracting from them the maximum value and then going a step further to recover and regenerate products and materials at the end of each service life.

The larger GEF project effort, also being implemented in Colombia and Panama, has four components, among them ‘Municipalities-led governance and policy development to enact circular economy approaches in selected cities, for improved circularity and reduced marine plastics and plastic pollution’.

These are together with capacity development, visibility improvement, knowledge management and dissemination, and communications that is geared at improving awareness to adopt evidence-based circular approaches to reducing pollution on the island.

The Jamaica project is to take stock of the pollution from the point of production through disposal, targeting the various stakeholders with knowledge products and interventions designed to make people more aware and responsible in their management of waste, and in particular their plastics waste.

“We know for Jamaica we will look at Kingston and Montego Bay and try to get local stakeholders involved,” revealed Gillian Guthrie, acting chief technical director (CTD) in the Ministry of Housing, Urban Renewal, Environment, and Climate Change.

“We want to reduce consumption of plastics. To do so, we want to encourage the private sector to produce more environmentally friendly alternatives and consumers to be more informed about their purchases. You have to understand that while you can take up the cheapest things around, there is a cost involved in disposal,” she added.

According to the acting CTD, there is no question of the project’s value to Jamaica, which also has a growing problem with microplastics, seen in research coming out of investigations done by The University of the West Indies (UWI).

“We have completed a preliminary study that quantifies the microplastics associated with the mangroves in Kingston Harbour. This is Jamaica’s first baseline of microplastics in our waters and values were as high as approximately 2.6 million particles per kilometre square. Compared to global values, we are what we would classify as a heavily polluted bay,” Professor Mona Webber, head of the Centre for Marine Sciences at The UWI, told The Gleaner last February.

She was referencing the study undertaken in collaboration with Deanna Rose from the International Centre for Environmental and Nuclear Sciences, also at The UWI.

“Microplastics in our waters can be consumed by fish and shellfish and, therefore, have the potential to get into our food, to be eaten by us. This material can have far-reaching health effects,” Webber added.

To solve the problem, Guthrie said there is an urgent need to pursue a circular economy, as seen in this new project which is to be submitted for final approval once the details have been fully worked out – following on the approval given to the concept document.

“It really goes to sustainable consumption and production (for which) we need a tripartite partnership. The private sector needs to take a different approach in terms of the quality of the goods they produce; and quality also means the ability of the product to be disposed of without having an adverse impact on the environment. The private sector and the Government must collaborate to educate the consumer, who must make responsible choices. It really is a collaborative approach. Government can’t do it by itself; the private sector can’t do it alone and the consumer can’t either,” she added.