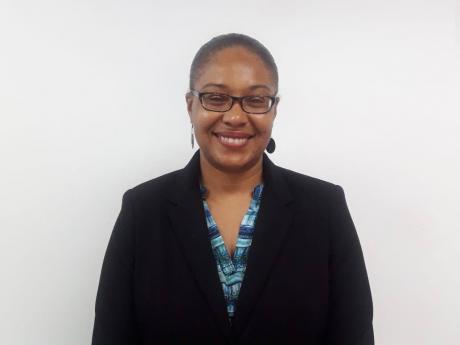 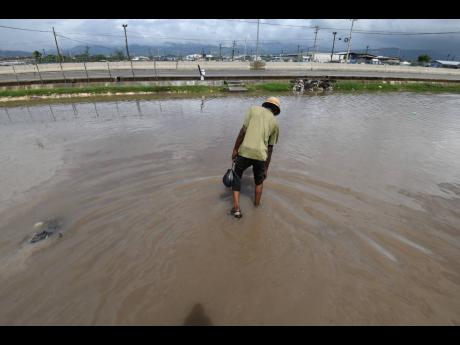 Ricardo Makyn
A man wades through waters on 8th Avenue in Newport West during flooding associated with continuous rainfall from Hurricane Delta, which reached Category 4 hurricane while headed in the direction of the Cayman Islands in October.
1
2

THE JAMAICAN public can, within the next calendar year, expect a new and improved Climate Change Policy Framework and Action Plan to inform interventions that help to ready the island for the effects of a changing climate.

The updated document, which has been brought into closer alignment with the historic 2015 Paris Agreement to which Jamaica is a signatory, was submitted in September for Cabinet approval as a Green Paper.

The historic global agreement prescribes, among other things, a range of actions that countries need to take to meet their obligations to achieve its goals, including ‘holding the increase in the global average temperature to well below 2 degrees Celsius above pre-industrial levels and pursuing efforts to limit the temperature increase to 1.5 degrees Celsius above pre-industrial levels’. This is ‘recognising that this would significantly reduce the risks and impacts of climate change’.

The achievement of this goal is seen as especially important for small-island developing states, such as Jamaica and others of the Caribbean, that are among those most vulnerable to climate impacts, including the accelerated warming of the planet that presents a cascade of challenges. Those challenges include extreme hurricane events, the likes of which have been experienced in the region over recent years and with devastating consequences.

“The Paris Agreement speaks quite a bit to transparency and accountability and there is also an obligation to regularly update the Nationally Determined Contributions and the update should be increasingly ambitious. These are some of the things that did not exist in the original climate change policy framework,” explained Nicole O’Reggio, director of Environment Policy Development and Monitoring in the Ministry of Housing, Urban Renewal, Environment and Climate Change, of the changes made to the Jamaican framework document.

If approved as a Green Paper, the updated Climate Change Policy Framework and Action Plan will be tabled in Parliament and become the subject of further public consultations.

For herself, O’Reggio said she is satisfied with the improvements but that there is room for more, subject to the feedback from the public.

“Bear in mind that this not a policy, it is a policy framework so the finer details will be worked out by the various agencies and organisations. It really gives you an umbrella of guidance,” she said.

“Our primary concern was to make it relevant to the current situation and to new developments across the board, including transportation, and so I would say I am satisfied, but also we will consultant. So if the public is of the view that it is not responsive enough, we would take the comments into consideration as appropriate,” O’Reggio added.