‘I can achieve anything’ - Saskia Allen turns grief into purpose 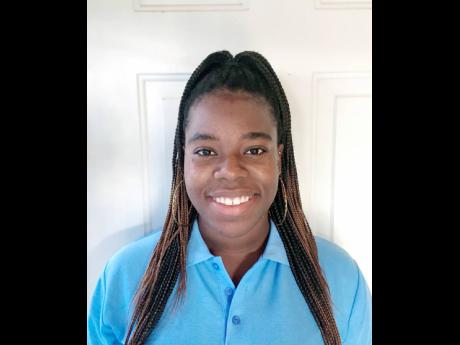 Contributed
Saskia Allen is heading to the Caribbean Maritime University.

Being selected as one of four national champions in the 2020 NCB Foundation Scholarships and Grants Programme came as a shock to 20-year-old Saskia Allen but certainly a welcome reprieve from what has been a difficult few years.

In December 2018, Allen, then a student of the Manning’s School in Westmorland, lost her stepfather suddenly. A few months later, her biological father died in April 2019 while Allen was preparing to sit the Caribbean Advanced Proficiency Examination (CAPE).

Up until this point, the quiet but ardent scholar considered her life ordinary and academic journey, average. However, there is nothing average about Allen.

“My fathers’ death affected me in ways I wouldn’t wish upon anyone, but the experience opened my eyes to the fact that I can achieve anything I set my mind to. I strongly believe that regardless of the circumstances, God always gives us the strength to face them,” Allen said.

With CAPE successfully under her belt, Allen began to eye tertiary studies but knew that her mother — now her sole living guardian - could not shoulder the tuition burden.

“I opted to work for a year to pay for university because education is a top priority for me,” the pragmatic Allen pointed out.

It was during this period that she applied for the NCB Foundation scholarship and was successful. Allen, who has her heart set on becoming an immigration officer, will begin her tertiary education this year at the Caribbean Maritime University, where she will read for a Bachelor’s in customs processes freight forwarding and immigration. The choice is deliberate as she has a passion for the law but wants a non-traditional career in the field.

Allen has received $600,000 towards her tuition, books, and other university-related expenses and is grateful to the NCB Foundation.

“The Foundation has not only given me the chance to attend a university with less worry on my mother’s part, but has also secured my future and that of my family. I will forever be indebted to them,” a grateful Allen noted.

Her message for other Jamaican students seeking assistance for tertiary studies is to continue pursuing their dreams despite the circumstances surrounding them.

“Put your best foot forward always,” Allen cautions, “believe in your dreams, and you will definitely receive your breakthrough when it’s time for you to collect your blessings.”

The NCB Foundation has awarded a total of $75 million in funding as part of its annual scholarship and grant programme for the 2020-2021 academic year. The programme was done in two parts this year to facilitate the organisation’s response to the pandemic. Phase one saw $25 million allocated to support persons who lost their jobs due to COVID-19 While $50 million went to first-year students at the undergraduate level who were accepted to accredited institutions across the island.