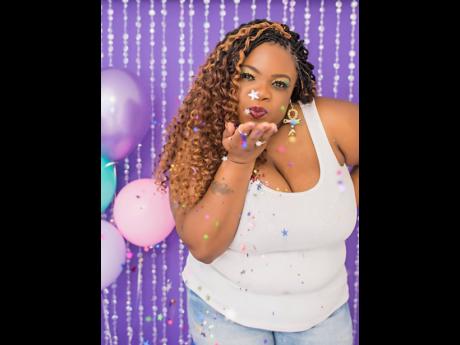 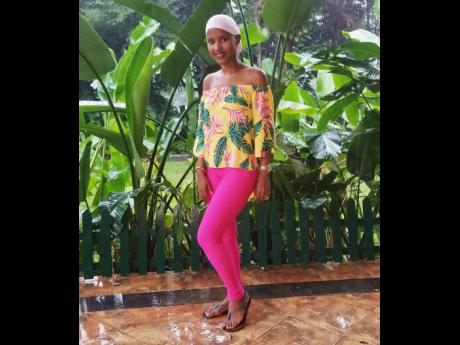 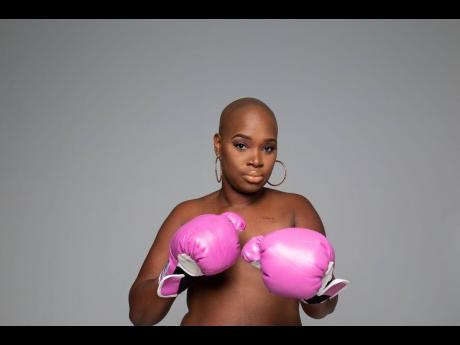 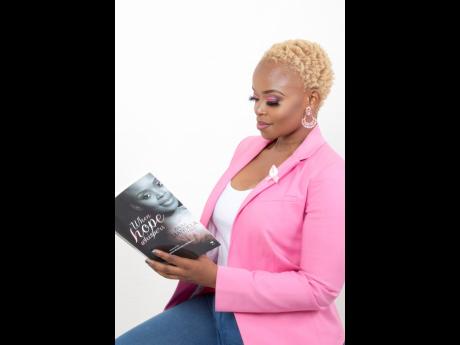 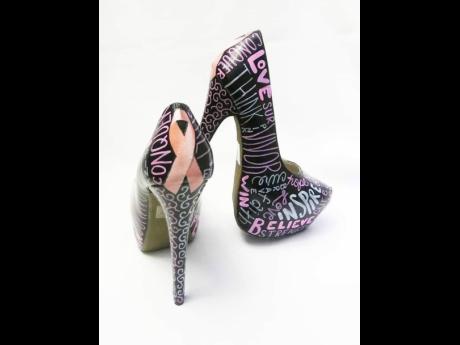 With the aim to make women who are victims feel beautiful, empowered and relevant as they tell their stories on their feet, celebrity shoe stylist Erica M (Erica Mitchell) is giving three breast cancer survivors custom-made shoes engraved with inspirational words of their choosing, allowing them to tell their stories of triumph battling the dreaded disease.

“They basically get to tell their story on their feet, which will serve as inspiration to women at large,” the designer/stylist told The Sunday Gleaner from her home in Florida, United States.

Two of the survivors chosen for the project are Jamaica’s own Danille Joseph and Kaydia Levien, with the third being Nelson Mandela’s granddaughter, Zoleka Mandela.

“I wanted cancer survivors to feel beautiful and empowered, telling their stories of survival on their feet. So, five years ago I started gifting both cancer and domestic violence survivors with custom-made stilettos,” Erica M shared.

Soon, many women, survivors of the disease or domestic violence, started reaching out to her to create custom shoes for them, each engraved with their very own inspirational words.

These are not just any custom shoes, she said; these heels are generated through love, entrusting the women who wear them to remember how perfect and gorgeous God created them.”

Too many breast cancer survivors, Erica M said, lose their self-esteem, especially those who lost one or both breasts.

“I wanted the survivors to feel beautiful and empowered as they tell their stories on their feet, and Levien, Joseph and Mandela hope to serve as inspirations for women at large ‘One Stiletto at a Time’,” said the stylist.

WALKING INTO A GREATER POSITION

All three women expressed that the stories on their feet signify walking into a greater position than they were previously in, affirming endless possibilities with every step that they take – survivor, fighter, warrior … and so much more.

Joseph, who was first diagnosed with breast cancer at 33, has been very bold in exposing her victory scars, boasting openly of beating cancer twice.

“Cancer didn’t kill me, it made me stronger. Many people dislike the word cancer, but I embrace it, because I have been blessed to be able to go through this disease and come out VICTORIOUS! I might have lost both breasts to the beast, but I haven’t lost my breath and for that I’m extremely grateful,” she declared.

Joseph, a mother of three, wanted words like ‘overcomer’, ‘powerful’, ‘survivor’, ‘brave’, ‘breast-less, not breath-less’, ‘faith’ and ‘victorious’ engraved on her stilettos.

“My life has been impacted in a positive way, because I decided to share my story with the world. God allowed others to be a blessing to me, so this is inspiring me to continue sharing my story of how I overcame my battle with breast cancer, not once, but twice!” she stated.

The woman responsible for the three survivors being selected for the designer shoes, Kith-Ann Excell, goes by the moniker ‘The Conceptualist’, and she tells The Sunday Gleaner that this project is dear to her heart because her mother was diagnosed with breast cancer at age 32.

“It was only when I got to 32 that I realised how devastating it must have been to lose a breast at that age. When I spoke to 31-year-old Kaydia Levien, while putting the list together, my heart literally sank,” she said.

Levien was diagnosed with breast cancer in June this year.

“I was taking a shower when I felt the lump. I decided not to take any chances so I went to the doctor, who sent me to do a mammogram and ultrasound. That very same day the radiologist was able to tell me it was breast cancer,” she recalled.

A biopsy confirmed the initial diagnosis, but the cancer had spread. Within weeks her ovaries were gone. Nipple sparing mastectomy, an oophorectomy and reconstructive surgery were all done in one operation.

“I am super excited and anxiously waiting to wear those shoes. It’s all about empowerment and confidence on this journey. I feel great about the project as it’s all about creating change, which ultimately leads to the increased sense of personal value and self-worth,” she declared.

Levien said being diagnosed at 31, her life is on hold.

“Losing my hair and scars from surgeries as a female, I need that extra empowerment to boost my confidence and to uplift my fighting spirit,” she expressed.

She is the founder of the Zoleka Mandela Foundation, a social upliftment initiative, which was established in 2013. The foundation aims to educate people about breast cancer, road safety and social responsibilities. It also seeks to assist young people with personal growth, volunteerism and accountability.

Erica M told The Sunday Gleaner that when she spoke with Mandela a few weeks ago, she was excited and humbled by receiving what she tagged “an inspirational shoe”.

According to the designer, Mandela stated that her shoes were going to tell a message, “that as women we can overcome our trials”.