Corbyn pushes back against Wednesday's deportation flight to Jamaica 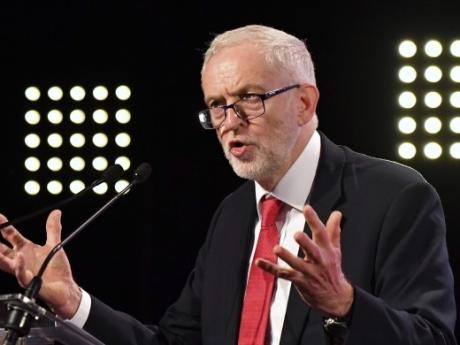 Former British Labour Party Leader, Jeremy Corbyn, has written to the United Kingdom's secretary of state, Priti Patel, calling for her to adopt a humane approach over the deportation of several men to Jamaica on Wednesday.

"This planned deportation appears to be a continuation of an unnecessarily harsh approach that ought to have been abandoned on the back of lessons learnt from the Windrush scandal," Corbyn wrote in his letter dated November 29.

The Windrush scandal began to surface in 2017 after it emerged that hundreds of Commonwealth citizens, many of whom were from the 'Windrush' generation, had been wrongly detained, deported and denied legal rights.

The former opposition leader questioned the rationale of the flight given the COVID-19 flight restrictions now in place in the United Kingdom.

"Very few people are currently allowed to fly out of the UK due to the pandemic so it's not clear to me how this character flight can be justified," Corbyn wrote in his letter to Patel.

Corbyn contended that the charter flights would do nothing to restore public confidence over the government's past stance to no longer pursue a hostile approach to generations and relatives of the Windrush generation.

"I would ask you to adopt a humane attitude here, and treat these men, and all other potential deportees with respect and consideration," he said.

The UK government is under increasing pressure to halt a planned deportation flight to Jamaica with up to 50 people, a move which would separate 31 children from their fathers.

As campaigners and activists appeal to the Home Office to stop the plane scheduled to leave on December 2, black British public figures, including model Naomi Campbell, historian David Olusoga, and actress Thandie Newton are urging airlines which have previously allowed such charter flights to refuse any assistance.