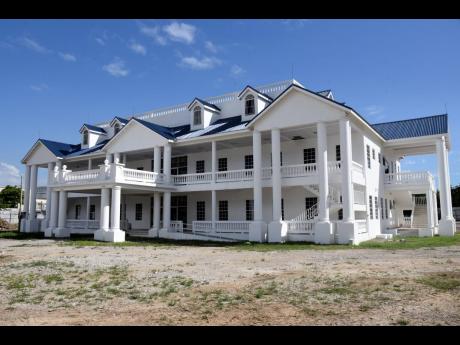 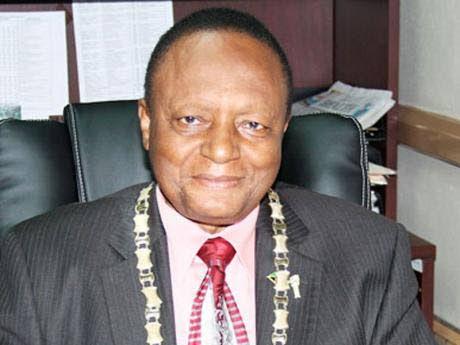 Portmore Mayor Leon Thomas is hoping for support from council members on plans to name the under-construction municipal building in honour of the municipality’s first directly elected mayor, George Lee.

The 22,654-square-foot facility situated on four acres of land in the vicinity of Braeton Parkway and Municipal Boulevard is being built at a cost of $190 million.

Dubbed the ‘White House’ by both workmen and passers-by, the impressive edifice will, by the first quarter of 2021, begin occupancy on a phased basis, The Gleaner was told.

“I am thinking about naming the building in honour of the late former mayor, George Lee. It is not a done deal,” Thomas said.

Lee was instrumental in championing the cause for the construction of a dedicated municipal building capable of housing the relevant offices in which to conduct the people’s business.

Currently, the Portmore Municipality pays more than $1.2 million per month or more than $7 million for office space on the top floor of the Portmore Pines Plaza, according to some estimates.

Thomas indicated in an interview last week that the building, which is about 98 per cent complete, should be ready next year.

“We are now doing the partitions inside the building and taking care of the landscaping, as well as the perimeter fencing. We should have the electricity supply connected, as well as water and sewerage this week,” Thomas said.

“With the phased relocation to the new building, we will be able to save a lot of money on rent and those monies we can then use to complete the job.”

Long regarded as the largest dormitory community in the English-speaking Caribbean, Portmore, with a mushrooming population, is creaking under its own size.

Further complicating matters is that there are more housing development planned, including one of the major ones in Westchester by West Indies Home Contractors Limited (WIHCON).

WIHCON said they were unable to provide information at this time as negotiations are at a delicate phase, as they try to get everything concerning the development approved.

“All I can say at this point is that yes, we are planning a development but it is still going through the approval stage, and you may be aware that there are about 14 agencies in Jamaica that approve every single housing project, so it is a bit of a long process,” said Christina Matalon, one of WIHCON’s principals.

Infrastructure development is high on the mayor’s agenda for the next few years, with plans to upgrade a number of roadways to include the widening of the Municipal Boulevard, better known as I-95, to four lanes.

The heavily used Braeton Parkway is also on the list of roads to be upgraded.

In addition, the mayor has also indicated plans to construct and operate the municipality’s first taxi terminus to be located behind the McMaster Building, adjacent to the Portmore Mall.

The terminus is to be built at a cost of $3.1 million.

Thomas said that while taxi operators are licensed to terminate their route at the mall, there is no area suited for termination.

“As a result, we find that it causes traffic snarls upon entering the mall area, and we can ill afford to allow that to continue, so we are planning on building out this termination point,” he said.