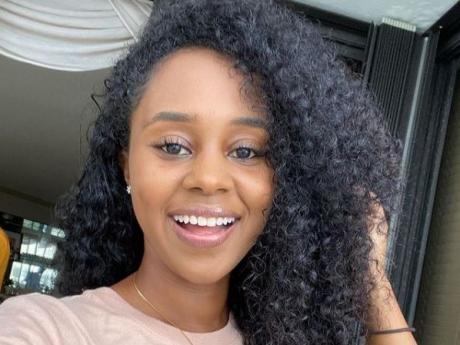 PNPYO vice president, Danishka Williams: Unfortunately, I find it particularly difficult to serve with what appears to be an infiltration of the organization by TeamGoWithGolding.

In a statement today, Williams said she finds it difficult to serve the party with "what appears to be an infiltration of the organisation by TeamGoWithGolding".

Williams also said, currently, there is "no sense of unity and cynicism is at an all-time high".

Unfortunately, I find it particularly difficult to serve with what appears to be an infiltration of the organisation by TeamGoWithGolding.

Despite the conclusion of the Party elections there appears to be an externally motivated effort being made to destroy the current structure of the organisation rather better what exists. As a result of this there is no sense of unity and cynicism is at an all time high. An organisation cannot, of course, exist, much less prevail under those circumstances.

If we are to be honest, we must admit that this organisation has been in a bind for some time now. It has lost its way and those of us who have committed our time and efforts to effecting change are fought rather than supported. Our collective purpose which is to effectively serve the young people of Jamaica remains unfulfilled for reasons that are attributable solely to internal politics and personal agendas.

Twice we have had to strike down the nomination of unqualified persons to leadership posts not because the Constitution is unclear but because of an obsessive compulsion to create a cabal of support for Cde Golding.

Specific mention must also be made of the deliberate attempts by unscrupulous ‘members’ to destroy the sanctity of our elections as they fraudulently vote in the names of other comrades. It is obvious that we have forgotten whose interests we are here to serve and it is for this reason that I find it most difficult to move forward.

I thank Madam President for her continued dedication to excellence and purpose. I understand that she has an almost impossible task in front of her and will need the unwavering support of those similarly dedicated.

If we believe we are the grouping of young persons best suited to convince this and the next generation why the People’s National Party is worthy of leading this country, we have a lot of work to do!

All the very best in your endeavours.