Skip to main content
Single Ready to Mingle ... but Let’s Get One Thing Straight

A man must first ‘come to terms with himself’ 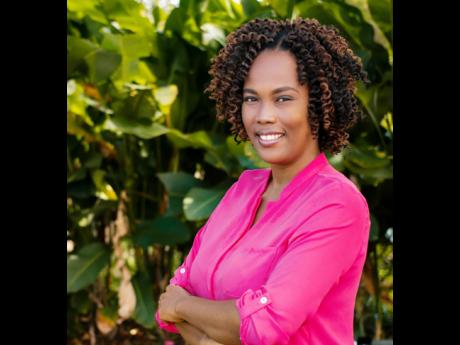 “The more I grew in character and self-awareness is the more impossible it seemed to find a man who was levelling up equally. The more I unpacked my own boxes is the more obvious male stagnation was to me. It’s not that I didn’t meet anyone smart, ambitious, accomplished, full of potential, and Christian. I did. The problem was that they had not come to terms with themselves. They had not shone the light inside, and they seemed reluctant to do this actually … .”

Media producer and adjunct university instructor Lawrie Henry is doing what many women have failed to do, which is paying keen attention to red flags and maintaining what she describes as her “solo-ness” until her equally yoked counterpart presents himself.

Partners with differing characteristics often form healthy relationships, but what good can come from a partnership with people who are sacrificing who they are at their core for longevity?

It is the “growth in character, personal integrity, self-awareness, emotional maturity, and the ability to handle honest vulnerable communication” that is most important for Henry and shapes her ideals for a partner.

Henry who grew up in a Christian home, was taught the fundamentals of family and relationships, and though her views, as she aged, were slightly altered by her peers, Henry told Family & Religion that she is at a good place, having made intentional efforts to work on herself and be that which she sought.

She admits that she was once the traditionally cultured thinker who saw age 25 as the perfect age to get married, but fast-forward to a few years later and many opportunities for enlightenment.

“My motivation wasn’t simply to hurry up and get ready to be married. Other issues in my life were coming to a head as well, and I wanted to level up for myself. As a result, my inner self did grow exponentially even while I struggled with pretty much everything else in my life.”

She added with a laugh: “I have a high level of comfort with being solo in general. It’s mostly in recent years that the desire for companionship has deepened. It was always there but very ‘ignore-able’ until now”.

Despite the men who avoid the difficult work it takes to level up, envelope themselves in the promiscuous standard for Jamaican manhood, whose life goals and outlook are too much of a mismatch and/or the attraction is much stronger on one side than the other, Henry is confident that her mate exists.

The media practitioner, who says that she has been out of a relationship for a few years and with her longest relationship spanning just over two years, reveals that she has never had a horrible experience despite her singleness.

“People do some awful things to each other, and I have heard horror stories. Thankfully I don’t have any. However, to my shock I was ‘ghosted’ once. I didn’t even know there was a term for it until after it happened. If you’ve never heard of that, you can look it up,” she said between bouts of laughter.

So what is she expecting?

“A man who has met himself and is doing the difficult inner-growth work because he personally wants to be a man of character and integrity and not because he is trying to impress somebody. This has to be important to him. No one else can do this for him. He is a man serious about his faith, and our beliefs intersect. He is ready to take on the responsibility of marriage and family. And lastly, he is nice in a way I can appreciate … bring on the TLC … and I like him. This is not asking for perfection. If he is still growing, then obviously, he isn’t perfect but that consistent, observable growth is important. There are still men like this.”

Henry says she is happy for her new-found perspective and believes God will continue to grant her favour in every area of her life.

Who knows? Her future husband may be right around the corner.

“I’m a much better version of myself now and still growing. This is something I asked God to do in my life, and it has been hard but He has certainly been answering that request.”