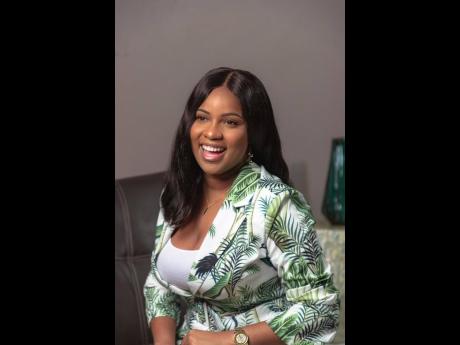 A Hague, Trelawny-bred mathematics major, who minored in economics at The University of the West Indies, Mona, has staked the claim of being the first in Jamaica to introduce an influencer marketing agency.

At age 30, Carisse Wright’s Effit Limited, which was formed two years ago, has signed and collaborated with some of the biggest influencers in the country as part of her brand, and she tells The Sunday Gleaner she was left no option.

“Brands here were often using influencers, but they were going about it the wrong way, by pretty much using the same influencers, doing the same thing on social media and they really weren’t adapting as the First World or other countries were,” she said.

Wright, whose foundation was moulded at the Montego Bay High School for Girls, said she was inspired by what she saw as a large pool of talents who were being ignored, or not getting the exposure that they needed.

Based on her marketing background and management of talents in a previous job, she said she knew what was missing, “I knew that I needed to get more talents exposed, as well as to get the brands to pair with the best talents for their particular brand.”

In the two years that she has redirected her focus, she almost now works with every influencer in the industry, from pitching ideas to client to developing their own talent, if they are up-and-coming and getting their personal products off the ground.

“If creatives are serious and are trying to start a YouTube channel, for example, or have a show that they need production assistance, or just how to get it streamlined, we are equipped to do this,” she stated, adding that currently she is working with Dutty Berry to get one of his YouTube shows on television.

“We are currently doing the production design.”

DON’T BE BOXED IN

Wright, the daughter of late Trelawny dentist Leebert Wright and retired sister (nurse) at the Falmouth Hospital, Thelma, gave an insight on how she has witnessed influencers who start off on social media and get stuck there, “and then it’s hard to see them as anything more. But our pool of Jamaican talents are very creative, we really should be not be boxed in”.

Her Effit Limited has done work with JP St Mary’s, WATA, Digicel, FLOW, Visa, ATL Unbeatable, Honey Bun, and recently a breast cancer campaign with Payless Shoes Store, along with one of her talents, Chelan Smith, who was diagnosed with the deadly disease.

“When brands give us a brief we decide which influencers are best for their business, by providing data analysis,” Wright explained, pointing out that pretty much her company pitches ideas and the perfect influencer fit to the client “based on that, and once the idea is accepted, we work with the influencers to bring it out to the public”.

She had many successes and brands are seeing increase in sale, but one of her proudest to date was reaching over 800,000 with an international campaign that was done with Maxfied Bakery.

“That was Maxfield Bakery’s first viral social media campaign, and not just in Jamaica. We didn’t do it the traditional way of telling people go buy buns. We engaged very popular creators like Blacka Di Danca to choreograph the bun and cheese dance and had dancers from all over the world. We also used influencers to create several social media videos,” she said.

The campaign did so well that Maxfield decided to take the success to television by producing an advert from it.

Right out the gate, Wright said she commanded brands that placed their trust in her, which she said was not misplaced, because she gave them very good results and has many repeat clients.

“We do absolutely no marketing and we have had so many referrals,” she told The Sunday Gleaner.

For Wright, marketing talents was never meant to be a full-time job and came about by default.

“Long before starring in the movie the Sprinter, I was going through Instagram and saw Dale ‘Eli’ Elliot – at the time he was Eli the Viner. I thought he was very funny so I reached out to him,” she said.

She said, however, that Eli was very sceptical, and would not even attend a meeting on his own, so he brought another ‘comedian’ with him – Prince Pine.

Recognising good talent, Wright played an integral role in honing their skills, getting them to the forefront.

“I realised that I am a people person and that really helped in terms of brand instruction. A mix of my creativity and people skills, but more importantly, my maths background, because that was what helped me to differentiate my business from all the others,” she said.

“We focus on data, we don’t just look at popularity, we delve deep into the data analysis to see what makes the influencers and their audience perfect for the brand audience.”

Wright is married to Samore Smith, a young professional Forex trader, who operates an academy.