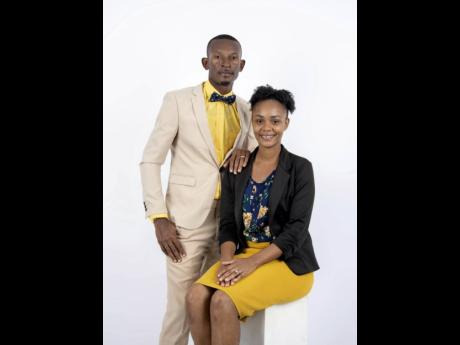 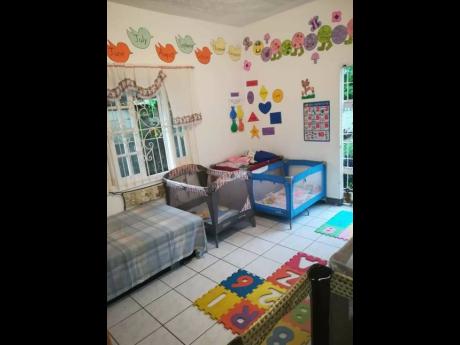 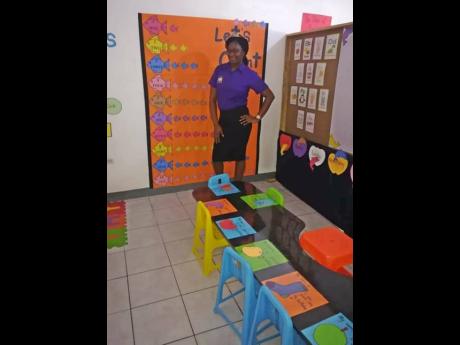 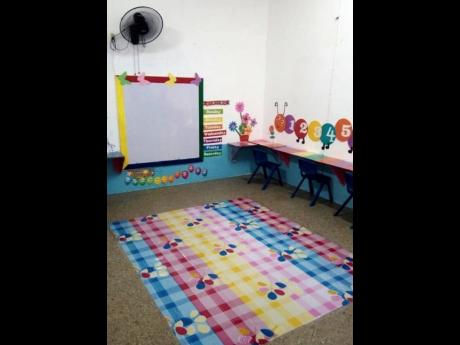 While the COVID-19 pandemic has wreaked havoc on many lives worldwide, including in Jamaica, for one young St Ann woman it has actually helped to make her dream come true.

When Ocho Rios-based early childhood teacher Terrie-Ann Mesquita applied for a job at a kindergarten school in that resort town in 2014, it was actually the first step towards achieving her dream, even though she never could have imagined how it would actually play out.

Speaking with The Sunday Gleaner, Mesquita outlined how she, with the full support of her husband Andre, came to be the owner of Future Scholars Childcare and Preschool in Ocho Rios.

It all started six years ago when she went for an interview at Kinder Kollege, a basic school in Ocho Rios.

“At the interview, I told the owner that my dream was to have my own school and she was very impressed by the way I sold myself and why I was the perfect candidate for the job,” Mesquita said.

“During our discussion, she said to me, ‘Who knows, maybe one day you will run my school’. Well, today I’m not running her school but I am now the owner of a school in the same building in which she had her school and where I was once employed.”

It was three years later when Terrie-Ann and Andre got married, on December 31, 2017, that the seeds for the dream were sown.

“Prior to that, we had found a really nice house and jokingly I said to Andre, ‘We don’t need this big space, we could just turn it into a day care’. Owning a day care and preschool was my dream and it was also the dream of my husband before we became partners. Little did I know that Andre took me seriously,” she said.

“From that, we brought the idea to the landlord, who agreed. So instead of buying furniture and setting up my home for my husband as a newly wedded wife, I was making ABC charts, decorating the home and turning it into a nursery.”

On January 15, 2018, Mesquita welcomed her first student, a two-year-old baby girl by the name of Chelsea, who is still with her.

“We didn’t know where this was going to take us but the adventure had begun. But then the stress came and I wanted to go back to my former job as a teacher at Kinder Kollege,” she shared.

As fate would have it, she stuck it out and, with support from Andre, managed to keep the school afloat. But the struggle wasn’t over.

In late 2019, the news of the novel coronavirus virus broke and at first there was hardly any concern by Jamaicans. However, when the spread began across Europe and then the United Stated and it looked as if it was just a matter of time before it reached local shores, concerns were heightened.

But no one could have envisaged the impact COVID-19 would have had on Jamaica. After March when the lockdown began, several businesses closed, some permanently.

For the couple, the concern was more than just COVID-19.

Mesquita explained: “We found out that the building we occupied was sold with us in it and no notification was given to us by the landlord, except an eviction notice from the new owner. In the middle of COVID we had no home and the face-to-face school seemed like it was going to be a thing of the past. We were devastated. We didn’t know where our school was going to be and outstanding payments from parents did not make the situation any easier for us. But in Jesus’ name we pressed on.”

Without a home for the school, Mesquita faced a roadblock.

“You would not know the tears I cried, and I was like, ‘God, is it going to happen for me’?” she shared.

But then, the couple got information about a building, and the first phone call they made, a door was immediately opened.

“We called one single person, somebody we had not even spoken to before, and when we called him he said, ‘Come and check me’. When we went there the first thing he said was, ‘What unnu want now?’ So we started laughing and then he said, ‘Okay, I guess church fail yuh, friends fail yuh’,” Mesquita said.

“So we told him what was happening to us and he just said, ‘Okay, I’m going to help you’.”

She continued, “It so happened that Kinder Kollege had to close down permanently because of the devastating effect of COVID-19, and that is the building he offered us and we took it. All now I can’t believe it.”

Future Scholars Childcare and Preschool, operating under the motto ‘A Foundation for the Future’, offers a wide range of services for children aged three months to five years old. It offers day care service during regular hours and 24-hour service on request, along with extracurricular activities such as green tech club, home skilz club, and tiny innovators club, among others.

“It’s a home-like setting, as we provide breakfast, lunch and dinner,” Mesquita said. “We also groom the children’s hair and even wash their clothes where necessary, without charging extra, as we know sometimes it’s difficult for parents to pay attention to grooming, especially with certain types of jobs. I just want to see the kids happy.”

Mesquita said with the grace of Almighty God, it has been her passion and determination to succeed, backed by support from her husband Andre, who she describes as her source of inspiration and an energy battery that has made her dream a reality.