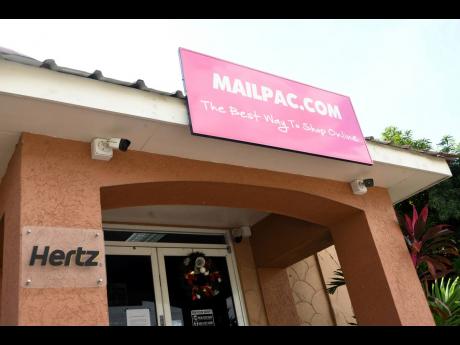 Rudolph Brown/Photographer
Mailpac is one of several couriers that have scooped up business during the coronavirus pandemic. 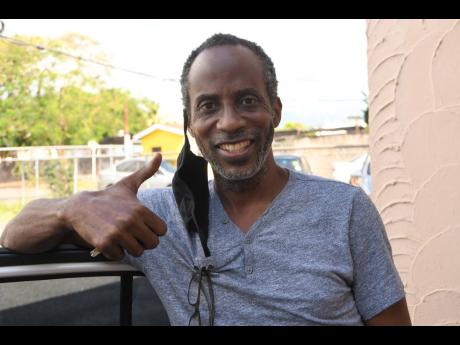 Rudolph Brown/Photographer
Gregory Stewart said he is satisfied with the service MailPac offers at its Altamont Crescent, New Kingston, office. 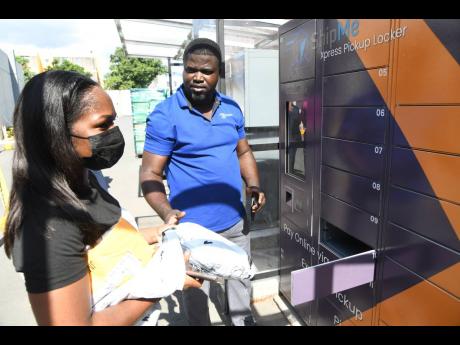 With the expansion of the digital footprint and an uptick in international online orders, some local couriers have been experiencing Christmas delays in the delivery of packages.

The coronavirus pandemic has forced more persons to utilise door-to-door delivery and other courier services, with fewer people travelling globally to carry gifts among their luggage.

In a notice to its customers, Mailpac disclosed that it has been working with airlines to mitigate the delays, revealing that it had sought to charter flights to clear the backlog.

“Despite sharing our package volume expectations with our providers, the continued expansion of the online shopping industry has caused airlift carriers to become inundated with holiday package volume,” the correspondence read.

Mailpac customer Gregory Stewart said, however, that he was not too ruffled about the delays, which sometimes ran into days or weeks. He accepted that the variables of cargo transport are many, particularly in the winter season in other parts of the world.

“I think I had an issue when a few of my shipments went back because one of the Amazon vans crashed or something,” he told The Gleaner.

While Stewart is more understanding of the variables at play, Shaun Ettinger in St Ann was miffed at the late delivery of gifts for seven of his nieces and nephew.

For Ettinger, Mailpac may very well be the Grinch who stole Christmas for children after having a difficult year.

“One of my nieces has not been outside in two months and she will be coming to spend Christmas with me,” he said, adding that the pandemic has taken a hit on his family.

Ettinger is disgruntled at the thought of the children not receiving their packages in time for Christmas Day.

“They have had a bad enough year dealing with COVID - no school, no friends, and not really understanding why.”

Paul Smith, a customer waiting in line at Mailpac’s headquarters on Old Hope Road in Kingston, said that he was surprised at how much shorter the lines were compared to last December. Smith ascribed his shorter waiting time to the emergence of multiple couriers even as coronavirus restrictions roil the economy.

Quarterly reports from Mailpac show an upward trend in income.

Customers of RocketShip have also grappled with delays and extended processing timelines. The company pledged on Monday to process all packages that are released by Jamaica Customs Agency before Christmas Eve.

Customers of another popular courier, ShipMe, said, however, that their packages have rarely been delayed despite the holiday rush.

“I don’t really feel the Christmas traffic because I use the lockers, but in terms of delivery, it may be delayed a few days,” Douglas Bygrave, a weekly customer doing a pickup on Monday, said. He said that he was generally satisfied with ShipMe’s service.

Like thousands of companies locally, ShipMe has implemented crowd-control and social-distancing measures. The shipper also pivoted to kerbside pickups that require bar code scanning that triggers an alert for packages to be delivered.

The courier also has a locker system for express packages, with recipients offered an access code.