Galaxy Note 20 Ultra bigger than ever 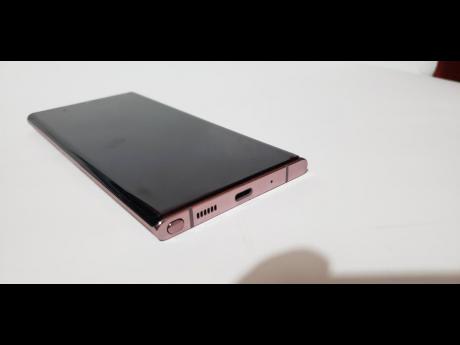 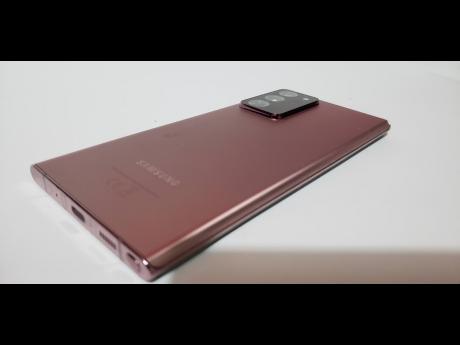 Contributed
There is an obvious camera bump at the back of the phone, which houses the three-camera set up. 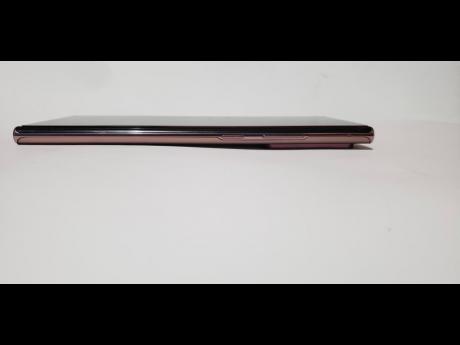 Launched almost a decade ago in 2011, the Galaxy Note series stretched the concept of a smart phone into the bracket of tablets. The phone company designed the first Note with an enormous 5.3-inch screen and sold over one million units in two months. At the time, it looked totally abnormal when users would put the phone to their heads, as it was the size of an open hand.

Fast forward 10 years later and the Note line is still going strong, and now, the irony is, most phone manufacturers are using the Note size as a standard template.

The latest iteration of the flagship line sees the company ditching the logical chronological order, which would have been Note 11, and instead going with Note 20. The company said the name was in sync with the year 2020, which kicked off a new generation.

The phone comes in two variants – the Galaxy Note 20 and Galaxy Note 20 Ultra. The latter has an alarming 6.9-inch display, which makes it a ‘two hander,’ with a premium price tag to match. For this reason, I recommend getting a phone protector immediately. This, of course, will make the phone larger. However, as one of the most expensive phones on the market, no one will be happy if it drops and breaks. Another great thing is that, most cases will smooth out the protruding camera bump at the back.

The most important thing for the average phone user is the camera set up, and the Ultra comes with three main cameras: a 108 MP wide angle, a 12 MP telephoto and a 12 MP ultra-wide. Where quality is concerned, it’s not a major upgrade from the Note 10 and I think when most persons saw the camera bump, they thought the improvement would have been a major leap from the previous generation.

The good thing is, the Note’s camera quality has always been superb and the 20 does not disappoint. The HDR on the photos can be a bit intrusive. However, the pictures look lively, with good distinction and great colours. Post production is rarely needed, as the photos come out looking professional.

At one point, the Note line was ideal for high-level executives; however, now it is also a good choice for creatives, especially due to the camera quality.

With an Exynos 990 and an Octa-core CPU, it can outperform most computers. This is ideal for persons who do a lot of video editing and filming, as applications like Adobe Photoshop work smoothly.

Samsung has also improved their DeX functionality, which basically transforms the phone into a computer-like experience. Once it is connected to a screen, via a USB-HDMI cable or through casting, it presents an interface which looks similar to the standard Windows layout. This means multitasking can be done much easier. For example, several windows can be opened at once, in a fashion similar to that of a PC. While in this mode, the phone screen can be transformed into a mouse.

The feature can also be extended to a projector, as I was able to use my USB-HDMI cable to watch several movies.

The most distinctive thing about the Note line is the S-Pen, and the functionality remains very familiar for Note users. Two of the main differences are: it is at the bottom left of the phone and the latency is reduced to create a more authentic writing experience.

Equipped with Android 10 and One UI 2.5, the software runs smoothly with a 120Hz refresh rate. All this makes the user experience a very welcoming one, as well as keep the Note in an ultra-premium category.