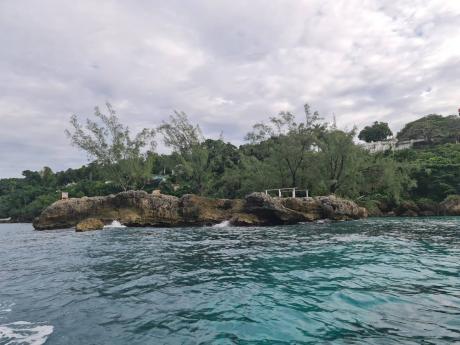 Kareem Latouche
After exiting White River, the water leads to the sea, where you can get a beautiful view of the coastline. 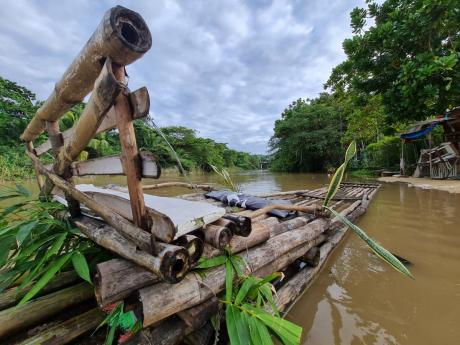 Photo by Nicholas Bennett
White River runs parallel to Fisherman’s Pub and leads to Shaw Park Beach. Due to the heavy rains in November 2020, the water now has a lot of mud in it, causing the colour to change to brown. 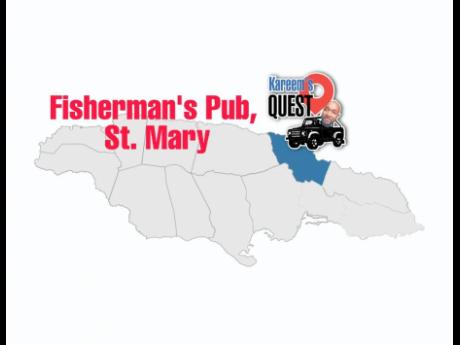 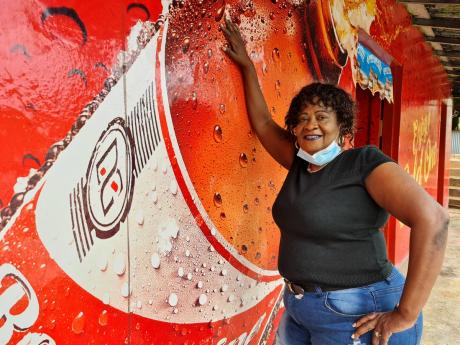 Photo by Kareem LaTouche
It’s easy to understand why so many people like Babs, she has a warm personality and a calm demeanour.
1
2
3
4

Driving from St Ann to St Mary, it’s easy to pass the fishing village of White River. However, for persons who are familiar with the area, it is a staple. My entrance point started by turning at a stop sign, adjacent to a Texaco gas station to enter the community of Exchange. After which, there are two major corners before approaching a lane, simply known as Old Road, which had men standing at the entrance eager to wash my car.

As I drove past, a gentleman clad in a mesh marina and yellow cargo shorts hastily walked towards my car window with a smile, and stated: “Wah a gwaan fada, mek me wash yuh car nuh? Mi ave a parking space ova the side.”

I responded pleasantly saying: “No, I am headed to Babs. Do you know where she is?”

A bit disappointed at first, he maintained a modest composure and said: “Yeah man, everybody knows Babs. Continue driving straight down.”

As I proceeded to ask a follow-up question, he bristly walked away, as he spotted another potential customer. Walking closer to the other car, he stated his introductory line verbatim as though he had been practising it for years: “Wah a gwaan fada, mek me wash yuh car? Mi av a parking space ova the side.”

As I proceeded to drive, I noticed there were empty rafts to my right. They were parked behind each other like cars, as they lined the river banking. Earlier in the day, it was raining heavily, which made it impossible for the captains to operate. This, I presumed, also compounded the existing issue of low visitor turnout caused by COVID-19. As I continued to drive under a bridge, I saw a beaming red establishment on my right.

Wrapped with Red Stripe wallpaper, and two entrance doors, was Fisherman’s Pub, which is owned and operated by Babs. With not much parking space, I gingerly placed my car parallel to the entrance step. As I gathered my belongings and got ready to exit the vehicle, I saw a Rasta man in a pair of beaten slippers, with a glass of rum in his right hand, stagger stepping to the 90s dancehall music in the background. This was definitely an Alliance-inspired area, as a majority of Bounty Killer’s 90s catalogue was played.

As he spotted me exiting the vehicle, he stumbled towards the vehicle and stated, “Dads, ah me ago watch this caar fi yuh, so just buy me a rum nuh”. With a smirk on my face, I said: “That’s OK, I’m going to Babs.” To which he replied, in astonishment at first: “Ohh Babs! Dat’s a gud uman.” And after a small pause, he persisted: “Still, buy mi di rum nuh.”

Standing no more than 5’2” in a blue jeans, with a wet-and-wavy hairstyle and pronounced black lipstick, Babs greeted me with a smile. “How are you? she asked, adding: “Welcome to my pub. It was raining badly this morning but the weather is clearing up now.”

We began a conversation instantly, as she reminisced on her business. “We have been at this spot for over 30 years. My brother started it and then I joined in 1988. Dem times, there were a lot of reggae shows and a lot of artistes would pass through, like Third World and Garnett Silk.” Being a big Garnet Silk fan, I quickly interjected and asked, “What was he like?” To which Babs replied: “He was very calm and pleasant, and he would always order fish and chips.”

While the halcyon days are behind her, Babs has developed a steady customer base and is adding new things to attract customers. “Every Tuesday, I serve finger food on the house, so a lot of persons have started to come by, especially because of the breadfruit and pork,” Babs revealed. She has also received corporate support from Red Stripe, who she credits as being one of her best business partners. “They have always been working with me over the years. They give me cases of beer, hand sanitisers and other stuff to keep me afloat while business was slow,” she said.

After a while, it was impossible for us to continue our conversation, as more customers came. In addition, the Rasta man seemed to have temporarily vanished, so I seized the opportunity and told Babs that I was headed back to ‘town’.

Who is it for: People who prefer a more natural and authentic experience of Jamaica, with all our colourful characters.

Tip: Some of the guys in the bar are willing to perform a freestyle song. However, you have to treat them to a glass of rum, which goes for $200.

What stands out: Babs’ warm personality.

What to carry: An open mind and a socialising spirit.

Must try Activities: Buying some beers and going rafting.

Length of journey from central points