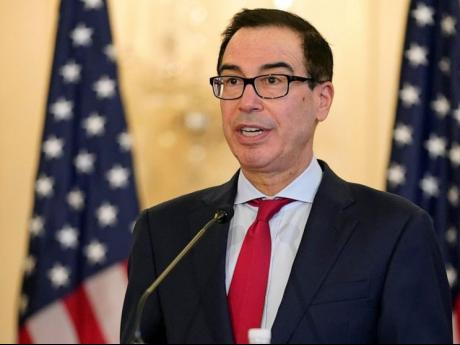 HAVANA (AP) — The U.S. Department of the Treasury on Friday imposed sanctions on Cuba’s Interior Ministry and its leader, accusing them of serious human rights violations.

The measures against the ministry and Brigadier Gen. Lázaro Alberto Álvarez Casas include freezing any bank accounts they may have in the United States and blocking any business operations with U.S. entities.

The new sanctions, which are largely symbolic, come less than a week before the end of Donald Trump’s presidency, which has been characterised by strong hostility toward the Cuban government.

“The United States will continue to use all the tools at its disposal to address the dire human rights situation in Cuba and elsewhere around the world,” Treasury Secretary Steven Manichean said in a statement.

“The Castro regime’s repression of fundamental freedoms requires the condemnation and action of all countries that respect human dignity,” he said. “We call upon other governments and international organisations to demand accountability of the Cuban government for violating and abusing the rights of the Cuban people.”

The sanctions will be implemented under the Global Magnitsky Human Rights Accountability Act and directed “against the perpetrators of serious human rights abuses and corruption throughout the world,” the U.S. government said in a news release.

The statement cited the case of Cuban dissident Jose Daniel Ferrer, who was held in a prison controlled by the Interior Ministry. Ferrer reported being beaten, tortured, held in solitary confinement and denied medical attention at the prison.

The island’s Ministry of the Interior oversees the internal order in the Caribbean nation and includes police, firefighters, the penitentiary system and border guards. The Cuban government does not recognise the legal status of dissidents, whom it often accuses of being manipulated and financed by American interest groups wanting to discredit the socialist government.

It is not the first time that high-ranking Cuban officials have been sanctioned by the United States. In September, the U.S. Department of State imposed sanctions on the former president and current leader of Cuba’s Communist Party, Raúl Castro — a historical leader of the Cuban Revolution — and his four children.

Trump has promoted a policy of sanctions and restrictions on the island since taking office in 2017, reversing the bilateral relations that had begun under President Barack Obama. The Trump administration has applied hundreds of measures and sanctions, some of only symbolic value, such as the ones announced Friday, and others with a strong impact on the island’s economy and its population.

President-elect Joe Biden, who will take office Wednesday, said during his election campaign that he will re-establish at least part of Obama’s policies related to the island. Biden’s advisers have said he plans to eliminate restrictions on remittances and travel, among other measures implemented by Trump.