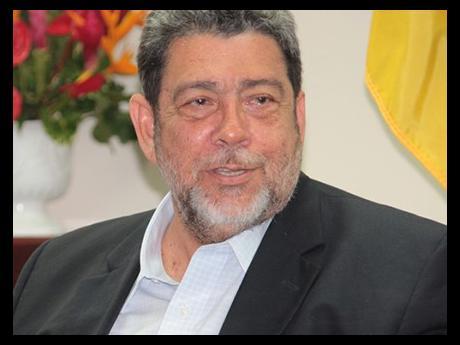 He, however, announced public holidays this coming Friday and Monday, saying the strain of the pandemic and the ongoing effusive eruption of the La Soufriere volcano is beginning to show on the faces of citizens.

“…. We perhaps need as a people to pause, to reflect, to act more assuredly in ways which are inclusive, in solidarity with each other, and to be engaged fully for the long haul ahead,” he said in a national address.

“These words, ‘pause’, ‘reflect’, ‘act’, ‘inclusive’, ‘solidarity’ and ‘engagement’, incidentally constitute an uplifting acronym – ‘praise’. That is a golden watchword,” he added.

Since December 28, the number of COVID-19 cases recorded in St Vincent and the Grenadines has increased five-fold, reaching 494 on Monday.

Of those, 359 cases were detected among residents with no recent travel history, two of whom – 49-year-old Justina Pompey and an 80-year-old man whose name has not been released – have died. Both deceased are said to have had pre-existing conditions.

On Friday, the World Health Organization changed SVG’s COVID-19 status, saying the country was having community transmission of the illness.

However, the government said on Monday that it had objected to this classification, triggering a reversal by the world health governing body.

In his national address, Prime Minister Gonsalves said that experiences in other CARICOM nations suggest that states of emergencies, curfews and total lockdowns have not been nearly as effective in stemming the rise or spread of COVID-19.

“At the same time, real damage has been caused to lives and livelihoods by draconian measures, tight-as-a-drum lockdowns, or night-time curfews,” he said.

He said that other experiences elsewhere have shown that “nuanced and targeted restrictions and regulations are no less effective”.

“But these nuanced and targeted restrictions and regulations must be properly policed,” said Gonsalves, who is also Minister of National Security.

“So our government will not, at this time, even with a spike, order any state of emergency, lockdown or curfew.”

However, the Prime Minister said current restrictions and regulations will be tightened and managed more closely and, where necessary and desirable, his government will ramp up restrictions and controls.