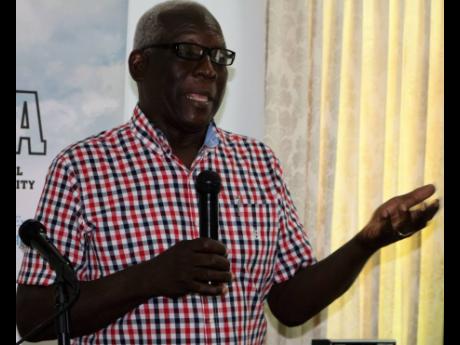 The Jamaican Agriculture Industry Stakeholders Forum, which is set to take place tomorrow at The Jamaica Pegasus hotel, will present an opportunity for a reset of the country’s agriculture focus, organisers have said.

‘Strategic Imperatives for the Advancement of Jamaica’s Agricultural Sector’ is the theme of the function, which has been organised by the alumni association of the College of Agriculture, Science and Education (CASE), which is located in Passley Gardens, Portland. Among the strategic outcomes envisioned are:

• Increased agricultural productivity and outputs towards the enhancement of national food and nutrition security, while being cognisant of the various ecological zones and the climate issues.

• Improvement in domestic marketing and distribution, and export of agricultural products (primary and value-added).

Minister of Agriculture and Fisheries Floyd Green is the patron, with Opposition Spokesman on Agriculture Lothan Cousins also invited. Immediate past president of the CASE Alumni Association, Webster McPherson, told The Gleaner that the timing is just right for this well-needed intervention. He pointed to the fact that agriculture has been freed from the former super portfolio of industry, commerce, agriculture and fisheries, where it was, and the new minister should have a freer hand in implementing the necessary strategies to facilitate sustainable growth.

“Minister Green just assumed office and the whole idea is to afford him a face-to-face meeting with key industry stakeholders, who will be putting their perspectives on the table in terms of how they perceive things in their respective sectors. Then there are technocrats who will be presenting on some issues of relevance, things that are imperative [and] that the ministry needs to address in order to advance the sector going forward. So we are bringing the minister there to try to get experts to influence policy within the sector,” he disclosed.

According to McPherson, the impact of the COVID-19 pandemic, coupled with the widescale devastation of farm crops across Jamaica late last year, effectively highlights the need for greater support for the sector to return it to some semblance of its former vibrancy. He pointed to the fact that back in the day, agricultural produce were shipped from Bowden wharf in St Thomas, Boundbrook in Portland, Oracabessa in St Mary, the wharf in Falmouth, Trelawny, as well as from Montego Bay, St James, as an indication of how strong the country’s agricultural base was back then. Savanna-la-Mar, Westmoreland, as well as Salt River Wharf in Clarendon and the Kingston port are among the locations from which agricultural produce such as banana and sugar were also shipped.

“Now we not shipping anything,” he declared.

Sadly, a lot of the land which produced sugar, molasses, coconut, banana, pimento, cocoa, tubers and spices has been put under concrete, having been converted to housing and other developments, according to the veteran agronomist.

These are among the many and varied issues which will be addressed tomorrow.