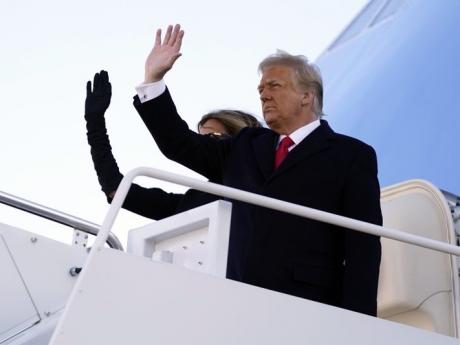 The White House says the Republican president left behind a note for his successor, Democrat Joe Biden.

Deputy press secretary Judd Deere declined to reveal what Trump wrote to Biden or to characterise the sentiment in the note, citing privacy for communication between presidents.

Trump has refused to publicly concede to Biden and did not mention the Democrat by name in a pair of farewell addresses.

Trump interrupted many traditions of the presidency, including by not attending Biden’s inauguration on Wednesday. Trump also did not invite Biden to the White House for a meeting after Biden was declared the winner of November’s presidential election

Trump left the White House for the final time as president on Wednesday morning, saying, “It’s been a great honour, the honour of a lifetime.”