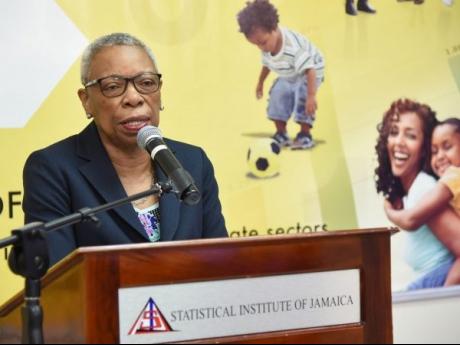 This was the only industry group to record a growth in employment for the period.

She said that the largest declines in employment were recorded in the categories – ‘Arts, Entertainment, Recreation and Other Services’, which fell by 36,900 persons or 27.9 per cent; ‘Accommodation and Food Service Activities’, down 23,400 persons or 22.1 per cent; and ‘Wholesale and Retail Trade, Repair of Motor Vehicles and Motorcycles’, which had 15,800 fewer persons, representing 6.6 per cent decline.

The Director General noted that the impact of the reduction was larger for females in each group.

Meanwhile, a breakdown of data on the employed labour force by occupation group shows the category -‘Elementary Occupations’- recording the largest decrease.

The second largest decrease occurred in ‘Service Workers and Shop and Market Sales Workers’, which fell by 31,400 persons.