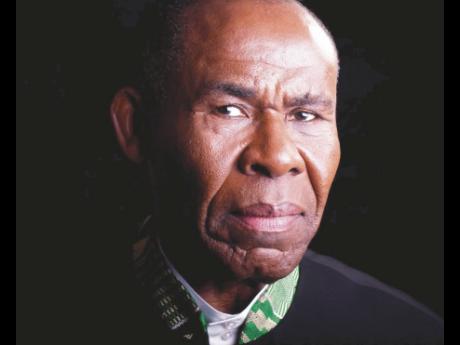 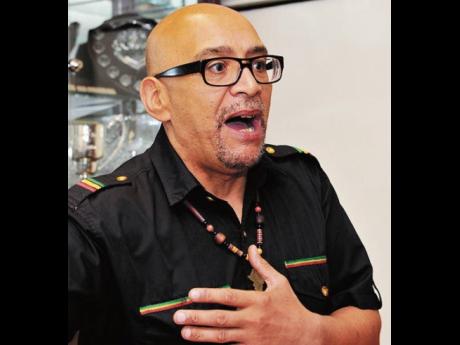 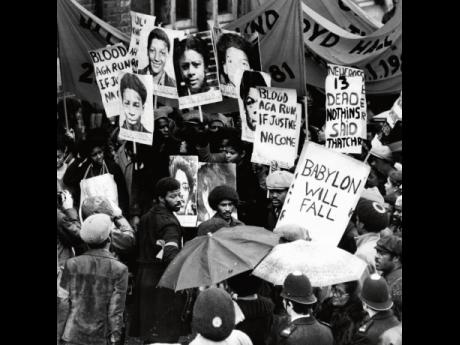 Contributed
Protestors on the Black People’s Day of Action march in 1981 after the New Cross fire.
1
2
3

This year marks the 40th anniversary of the infamous New Cross fire in Lewisham, south London where 13 Black youth died at a birthday party in what many believed was an arson attack motivated by racism.

A memorial service which was originally planned to mark the 40th anniversary on Sunday, January 17 at St Andrew’s Church, Brockley, south London, was instead held online due to the COVID-19 national lockdown restrictions. Reports are that in the early hours of January 18, 1981, the joint birthday for Yvonne Ruddock and Angela Jackson at 439 New Cross Road ended in tragedy when fire engulfed the three-floor building, killing 11 of the occupants. Two died from their injuries days later in hospital. The victims ranged in age from 14 to 22 years.

Racial tension in New Cross was high at the time as it was well known that the far right group, the National Front, was active in the area. It had been claimed that there were early complaints about noise from the party leading the police to deduce that the house had been bombed, either as a revenge attack or to stop the noise.

The tardy investigations by the police at the time sparked frustration and anger within the Black community. Protests led to mobilisation of a political group, and the setting up of the New Cross Massacre Action Committee, led by John La Rose, Darcus Howe, Linton Kwesi Johnson, Leila Hassan and Jean Ambrose, among others.

Shocked by the indifference shown by the white population, the committee accused the London Metropolitan Police of covering up the cause of the fire.

Three months later in March 1981, the Committee organised a 25,000-strong ‘Black People’s Day of Action March’ from Lewisham to Hyde Park in protest over the police’s handling of the investigation into the New Cross house fire.

But despite lengthy police investigations, no one has ever been charged in relation to the blaze. Also, two subsequent inquests into the deaths – one held in 1981 and a second in 2004 – both returned open verdicts.

Among persons who gave their thoughts on the 40th anniversary was Professor Gus John who, in 1981, organised support for the Black People’s Day of Action from the North of England. He said: “At the time I was living in Manchester and I helped to mobilise people from there and other areas including Preston, Leeds and Huddersfield to join the ‘Black People’s Day of Action March’ in London under the banner ’13 Dead and Nothing Said’.

“It was extraordinary for 13 young people under the age of 25 to lose their lives in such a tragedy, but the most devastating hate crime to happen in peace-time Britain was treated like a non-event in official circles.

“Prime Minister Margaret Thatcher said nothing, William Whitelaw – the home secretary – said nothing, the Queen said nothing. Other tragedies with fewer deaths got more media coverage across the country than the New Cross fire.

“It signalled on the part of the State that the Black community was so marginalised, and not part of the mainstream that an incident like the New Cross fire had to do with the Black community and nobody else. The whole nation didn’t need to concern itself with it. This was a profound statement that the State and the government of the day made by not reacting to the New Cross fire tragedy.

“The whole purpose of the Black People’s Day of Action March and the reason to hold it on a working day in the middle of the financial district of London was to demonstrate that if you did not notice on January 18 that this tragedy took the lives of 13 people and marred a whole community, we would make sure you noticed now.

“Twenty five thousand people were on the march demonstrating their solidarity with the bereaved and the survivors, and solidarity with all of those communities that had suffered from racial injustices starting with the death of Kelso Cochrane in Notting Hill in 1959 to the New Cross fire in 1981.”

Black rights activist Lee Jasper also gave his thoughts on the 40th anniversary. He said: “1981 for the British black community was the equivalent of 1968 for the French – full stop. The New Cross massacre constituting the biggest racist murder in British political history, followed in April by an uprising in Brixton, south London, sparking off resistance in every major Black community around the country to the chant − ‘13 Dead and Nothing Said’.

“The historic Black People’s Day of Action March constituted the biggest mass mobilisation of the Black community ever witnessed at that time and will go down in history as the equivalent of the Million Man March in America. The leaders of the New Cross Massacre Action Committee constituted the black revolutionary front of the time and set a standard for black political leadership, ethics and integrity that remains a shining example up until this day.”

In addition to the original 13, Anthony Berbeck, 20, died two years later after falling from the balcony of a block of council flats in South London on July 9, 1983. He was at the party and became disturbed following the death of his best friends.