Deportee detained in connection with murder of three homeless men 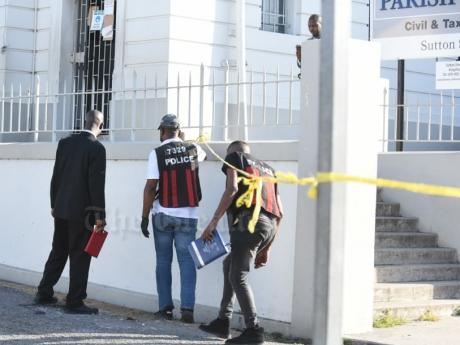 The police theorise that the homeless men were hacked to death while they were asleep. Two others are battling for life in hospital.

One man has been taken into custody in relation to the brutal slaying of three of four homeless men in the Corporate Area on Monday.

The police theorise that the men were hacked to death while they were asleep.

Two others are battling for life in hospital.

Prime Minister Andrew Holness, addressing the House of Representatives on Tuesday, said the detainee, a deportee, was picked up by the police.

There apparently has not yet been a breakthrough in connection with the fourth murder.

Holness said while it was previously thought that the four murders were coordinated, at present, it does not seem that way.

“When I saw the news last morning, like all Jamaicans, I was deeply distraught,” Holness said.

He also said it was not the first time homeless persons have been harassed.

The prime minister said the police commissioner has assured him that the police have increased their patrols and at the same time, the Government is acting to protect the homeless.

“We are now going to provide an additional 100 beds at the Marie Atkinson Shelter and at the King’s Street location. By the end of February, work should commence on another 150 beds,” Holness disclosed.

The prime minister estimates that approximately 2,000 homeless persons and are on the streets islandwide.