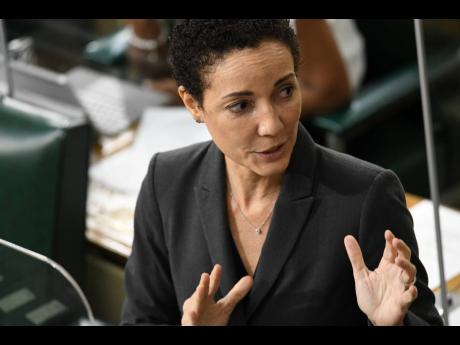 Jamaica has welcomed the historic entry into force of the United Nations Treaty on the Prohibition of Nuclear Weapons.

The treaty, which came into effect last Friday, is the first legally binding international agreement to comprehensively prohibit nuclear weapons.

In welcoming this landmark move, the Minister of Foreign Affairs and Foreign Trade, Senator Kamina Johnson Smith, affirmed that “As one of the 50 countries that made this occasion possible, Jamaica is indeed pleased and remains committed to the goal of the complete elimination of nuclear weapons and the strengthening of the legal and political norms against their use”.

The minister noted that “Jamaica stands with all state parties to treaties such as these, which support the global goal of a world that is peaceful and secure for present and future generations. Jamaica remains committed to the disarmament agenda and will do our part”.

In her statement to promote and commemorate International Day of Total Elimination of Nuclear Weapon in October 2020, the minister called for “states that have not joined the Nuclear Non-Proliferation Treaty, the Comprehensive Nuclear Test Ban Treaty and the Treaty on the Prohibition of Nuclear Weapons, to consider doing so as a matter of urgency”. She now reiterates that call.

Jamaica ratified the United Nations Treaty on the Prohibition of Nuclear Weapons on October 23, 2020.