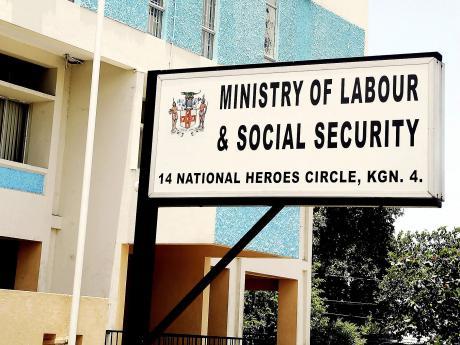 Two key Ministry of Labour and Social Security (MLSS) officials will not appear before a parliamentary committee today to answer potentially embarrassing questions over an unfolding scandal.

Julian Robinson, the opposition member who chairs the Public Accounts Committee (PAC), suggested Monday morning that Kate Bertram, chairman of the MLSS’s Internal Audit Committee, and Deborah Gardner, a ministry representative on the committee, be invited to the meeting at Gordon House.

In an email to the PAC’s 15 members at 10:33 a.m on Monday, the committee’s clerk noted that majority consent would be needed to send the invitation to the ministry and they were to indicate whether they supported the suggestion by four o’clock in the afternoon.

Not one government member replied.

The clerk, in a follow-up email at six o’clock in the evening, disclosed that only Lothian Cousins and Dr Morais Guy – the only other opposition members on the committee– voted in the affirmative.

“I did not receive a response from the other members of the committee. This means that there was no consent by the majority to invite the respective persons from the MLSS,” the clerk said.

It’s not clear whether the 12 other members, who are from the government side, did not receive the email.

The PAC meeting is scheduled to start at 10 a.m.

Last week, the PAC summoned the ministry following damning revelations in the 2020 Auditor General's Department annual report that pointed to a breakdown of controls in the ministry, exposing billions of dollars to loss or misuse.

The senior audit officials would have been critical since the auditor general pointed out that, in one instance, the ministry did not respond to 60 issues of systemic weaknesses stretching back to 2017 that were raised by internal investigations.

The Sunday Gleaner has also revealed details of an internal MLSS audit report on the National Insurance Fund (NIF) that raise serious questions about how billions in taxpayers’ money are being managed.

A report by the MLSS submitted ahead of today’s meeting suggested that steps were being taken to address some of the issues and that the auditor general made reference to matters already addressed.

“At no time was this list of 60 outstanding issues brought to the accounting officer’s attention,” the report added, referring to the permanent secretary, Colette Roberts Risden, who's expected to lead her team at the PAC.

Conclusions from the 2017 MLSS internal audit report obtained by this newspaper noted that there was an “absence of internal controls” at the NIF’s Resort Management Company, resulting in the “inability to properly” account for funds spent, which “facilitated the ease of transferring of significant sums”.

One of the significant transactions included the $187 million the auditor general said was transferred from the NIF to the fund’s resort management company in 2017 without the required approvals.

It also said that the NIF incurred “significant financial loss and unwarranted expenditure” while not receiving the investment inflows projected from NIF-owned Braco Village Hotel in Trelawny, which is under the management of the private Spanish chain, Melia Hotels International.

“The fund has not received value for money,” the auditor bluntly stated, adding that the ministry “is exposed to reputable damage if public disclosure is made of the non-compliance with government regulations”.

Lennox Elvy, a former chairman of the NIF between 2016 and 2020, revealed over the weekend that he was resigning from the board of the NIF’s Resort Management Company.

Many of the issues date back to the tenure of Shahine Robinson, who died last year, and Derrick Kellier from the Portia Simpson Miller administration.

Robinson’s niece, Gianna Neil, was appointed to the boards of both the NIF and the fund’s resort management company.