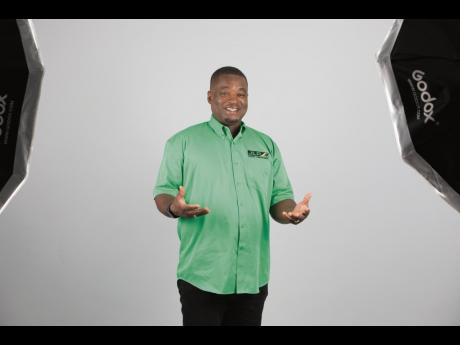 Persons living with disabilities could soon have access to more than the ground floor of the new Westmoreland municipal building as Savanna-la-Mar Mayor Bertel Moore, who is also chairman of the municipal corporation, says an indoor stairway lift will be recommended to the technical experts at the Ministry of Local Government and Rural Development as a means to facilitate persons who are physically challenged.

Last week, St James Central Member of Parliament Heroy Clarke told the Public Administration and Appropriations Committee of Parliament that he was not pleased with the fact that J$104 million has been spent on the building, yet no provisions were made to allow disabled persons to have access to the second floor in comfort.

“If we are the ones that are setting the precedent, then how can we tell somebody that they can’t follow us and do the same thing?” asked Clarke, in referencing the fact that municipal corporations are rejecting building plans because there is no access to facilitate persons living with disabilities.

In seeking to remedy the breach, Moore said consideration is being given to various options, including the possibility of a staircase lift.

“Now that this has come up, I have seen on television in the United States, where they have some lifts which are attached to the staircase and is operated electronically with a wheelchair attached to it. I was thinking that this could be the best way to rectify the problem,” Moore told The Gleaner on Tuesday.

According to the mayor, he does not have the technical knowledge of an indoor staircase, but promised to engage the team in his parent ministry on the matter.

Moore, who is also the councillor for the Negril division, says if the recommendation for the lift is accepted, it will allow members of the disabled community to access the entire building.

“To be honest, the space on which the corporation building is located at 1 Murry Street is very limited, but we will have to try and find a way to accommodate the disabled community,” said Moore, who is committed to finding a solution.

Moore, who lobbied for many years for the establishment of a municipal building in the parish, thinks a grave error was made in not catering for the disabled when putting together the building plan.

“The plan was drawn up by the technical people at the Ministry of Local Government,” said Moore. “The contract was also signed at the minister of local government and it was done without these specifications.”