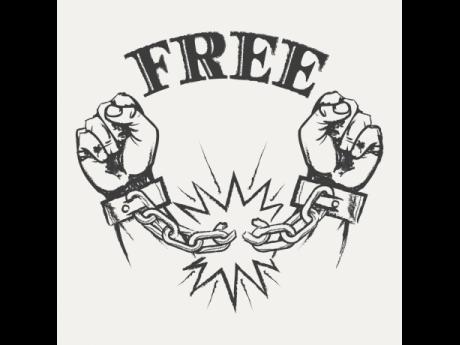 Like the view from an airplane, I want us to consider that what we are seeing around us is only part of a bigger picture. We sometimes look at what is going on around us, and the resulting, natural feeling of panic and desperation distracts our attention from the real cause of the problems. Ultimately, we are witnessing a battle for the lives of God’s creation (man) being captained by the enemy.

This enemy, Satan, is an already defeated foe. His destiny is a lake of fire, so he wants to take as many people with him as possible. Satan comes to steal lives and blind eyes so they cannot see God. He deceives people into thinking that donship, money, drugs, guns, politics, and the like, are reasons for living and killing. As the Bible says about him, “The thief comes only to steal and kill and destroy” John 10:10.

Satan masks the truth of God and presents viable alternatives through deception. So the battle is ultimately a spiritual one and requires a spiritual response - God’s intervention.

It is God who sets captives free and God operates through His church; the people who are His. His will is to operate through us to achieve His purposes. The problem is that children of God sometimes don’t recognise the purposes of God, including His provisions and His requirement that we be participants in His work on the Earth. Jesus died for all of us. He defeated Satan so that the destruction of lives, families, and communities does not have to happen, but instead a nation can experience His peace and joy.

Ephesians 1:9-10 says: “And he made known to us the mystery of his will according to his good pleasure, which he purposed in Christ, to be put into effect when the times will have reached their fulfilment - to bring all things in heaven and on earth together under one head ... .” Mystery here means: A plan of God that He had kept secret until, in this case, the revelation of Jesus as Saviour. When Adam and Eve were deceived, sin came into the world and destruction started. God said that through human birth there was one coming who would crush the enemy, but He kept secret how this would be done – that is until Christ came. Jesus was the fulfilment of this plan.

God not only had this plan, but He executed it in His own timing and His own way. The Jews expected the plan to be worked out in a particular way, but it did not happen that way. In the same way when we see things around us and wonder what is going on, God is not surprised as He works things out according to His plan and timing. God’s plan was “… to bring all things in heaven and on earth together under one head, even Christ”. This took place through Jesus’ death on the Cross.

Philippians 2: 8-11 says: “And being found in appearance as a man, he humbled himself and became obedient to death - even death on a cross! Therefore God exalted him … at the name of Jesus every knee should bow, in heaven and on earth and under the earth, and every tongue confess that Jesus Christ is Lord, to the glory of God the Father.” Everything in all creation (including our satanic enemies), whether on earth or in the spiritual realm comes under the sovereignty of Jesus Christ.

After we grasp this truth, let’s explore what is our role in the manifestation of God’s will in the earth, next week.