Not easy to walk away from a life of crime, say police - … as man gunned down minutes after pleading for a better life 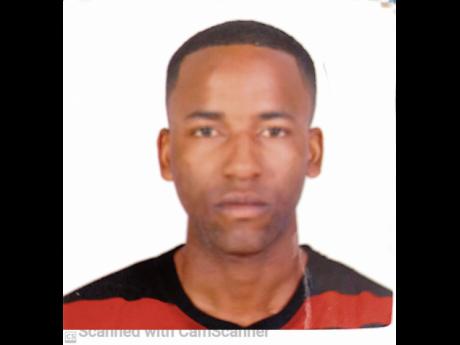 Kadian ‘Big Head’ Munroe was gunned down minutes after deciding to leave a life of crime. 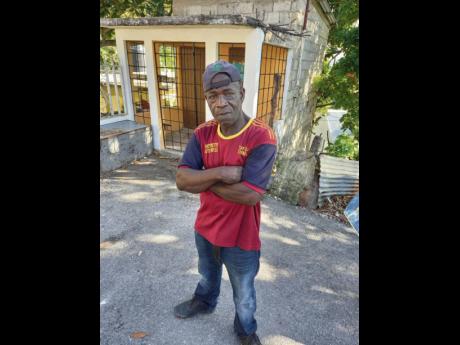 Elkanah Gordon: “Is not everybody in the ghetto is bad people”.
1
2

A desire to change the course of his life for the sake of his five-month-old son came too little, too late for 23-year-old Kadian ‘Big Head’ Munroe, who was gunned down in the sometimes volatile community of Flankers in Montego Bay, St James, two weeks ago – minutes after sharing with The Sunday Gleaner team about his intention to walk away from a life of crime.

“Me can’t let my youth grow up seeing me like this,” Munroe said, as he pleaded for help to get a job. “Even to mix cement. A can’t go back to jail. I have to drop certain things.”

Big Head did not elaborate on the “certain things”, but the desperation was evident on his face as he turned his attention to The Sunday Gleaner team member with whom he was more familiar. “A just want to set a positive example for my little youth; a just want something to do,” he said, as he gratefully accepted the $500 handed to him.

Munroe attended Green Pond High School and was an average student, with an acceptable attendance record, but was distracted by his passion for football, despite never getting involved competitively. Prior to the COVID-19 health crisis, he was employed in the laundry department of one of the major hotels along the Elegant Corridor in Montego Bay.

He hailed from the tough inner-city community of Salt Spring, which is located on the outskirts of the city of Montego Bay, where residents must observe imaginary borders established by the gangsters, sometimes just a few streets apart. He was recently released on bail by the courts where he was answering to a charge of shooting with intent and illegal possession of firearm.

The atmosphere was pregnant with tension when The Sunday Gleaner team visited the community last week following his killing, as residents kept within the confines of their home while observing the actions of members of the security forces in the area.

Assistant Commissioner of Police Clifford Chambers, in charge of Area One, told The Sunday Gleaner that despite the progress made by the Jamaica Constabulary Force (JCF) in building a relationship with the citizenry, trust remains a challenge in crime-fighting.

“We can accept that 98 per cent of the membership of the JCF are good, law-abiding persons and have an interest in the safety and security of everybody,” ACP Chambers said. “You do have a very small fraction that we are all working very hard to root out, and they are the ones that continue to create the mistrust and the distrust between the police and the community.”

Chambers, a former head of the Counter-Terrorism and Organised Crime Investigation Branch, continued, “Big Head was a person of interest and it is known that he was associated with persons who are part of a gang, but as it relates to being an active player and his particular role, I cannot say what it is right now, but he was known to be associated with persons who are part of a criminal organisation. He was not operating singularly by himself but as far as his specific role was, I cannot say right now.”

HARD TO THROW IN TOWEL

Chambers argued that Munroe might have had a challenge separating from associates involved in criminal acts.

“When a man is a part of a gang and wants to throw in the towel, it is one of the hardest things because he has to be careful that even though he would no longer be a part of the gang, the persons who have been impacted by the gang might not have known this,” he explained.

“Gangsters are at each other predominantly because of reprisal, and oftentimes they will take the opportunity to carry out their vendetta against another person if they get the chance.”

Chambers added, “So if I get into church and decide to put aside my criminal lifestyle, it might not be something that my opponents will know, and even if they know, they still have a revengeful, rebellious demeanour because they are hurting as a result of the loss that they have suffered at my hands or persons I am associated with, or the gang that I might have been a part of.”

But Elkanah Gordon is refusing to accept that his nephew was involved in any form of wrongdoing.

“Not Big Head; that cannot be true. Everybody knows that he is a coward and the most problem he will have is a woman problem, but to kill somebody, not Big Head. Is not everybody in the ghetto is bad people,” Gordon stressed.

Munroe’s murder in Flankers took place hours after six persons were killed in Norwood and Salt Spring in the St James Police Division, but the Area One crime chief is confident that the upheaval will be short-lived.

“I want to advise our citizens not to panic, because it goes within the context of reprisals and tit for tat, and we are working on some strong evidence as to who are the players and what is necessary to get things back into control,” Chambers said.

“However, what must be known is that most of the murders from the start of the year are not gang related, but mostly domestic or unsettled disputes.”

Data provided by the JCF shows that 20 murders were committed in Area One since the start of the year, a 150 per cent increase over the eight recorded for the corresponding period last year. The St James division has recorded 18, while Trelawny and Hanover had one each up to Monday, January 18. For other serious crimes, shooting is down 21 per cent, rape has plunged by 29 per cent and robbery is down by eight per cent.