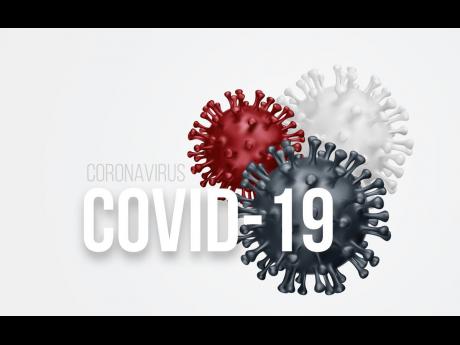 A STIGMA reportedly surrounding the Yallahs High School, St Thomas, after a student tested positive for COVID-19 has left at least one parent fuming.

The news, which forced the institution to suspend face-to-face classes for the rest of the week, was highlighted in a press release posted to the school’s Facebook page, quickly made the rounds in communities in the area.

However, Sophia Moore of Newland community in the parish, whose son is currently in third form at the school, is accusing the public of circulating what she described as untrue statements and according to her, is making a “big deal out of nothing”.

“Is one person sick … One person has corona there, and the person nuh go to school from the 15th of January. Two weeks gone, and dem a blow di thing out of proportion about how Yallahs High full of corona. When mi hear people saying it, mi tell dem to shut up,” she said.

While commending the school for its quick action, Moore told The Gleaner that she greatly anticipates its reopening, where her son will be among those in attendance.

According to her, “We don’t know who the one person came in contact with so they had to close school to check other people, and I don’t see anything wrong with that, but I’m hoping it will open back soon.

“Right now in Jamaica, more people a dead from gun than corona, so is the living man mi fraid of. I’m not saying we’re not going to take the precautions, but mi nah mek corona stop my life.”

The press release also shared that two siblings of the affected student were in attendance at the school up until last week.

Noting that additional contact tracing is ongoing, principal Mark Malabver told The Gleaner that they were awaiting the test results of the other two students. However, he shared that an outbreak at the school is not expected.

“We have been in dialogue with parents. They are concerned, naturally, but we do not expect that there will be a spike at the school because we have been very stringent in terms of protocols and how we have been operating at school. I don’t believe that staff members have been placed at a higher risk because they too were observing protocols.

“Out of an abundance of caution, we saw it necessary to postpone face-to-face classes and move fully to online on a temporary basis. We will assess the situation at the end of this week and look at the termination on the way forward, but a lot depends on whether the siblings have tested positive,” he said.

Responding to whether he would consider having parents and staff sign an indemnity form as is being practised by other schools, Malabver said: “No. I don’t support it. I think it raises ethical and moral issues from my standpoint as a school leader.”

Meanwhile, Education Officer at Ministry of Education, Youth and Information, Region 2, Lebert Drysdale, said that lessons learnt from the Yallahs High School would be shared with other institutions in the region

“All the schools are instructed based on the COVID guidelines to not just take, but to record, the temperatures. They are aware which students are present which day so they can do contact tracing. The Ministry of Health has been informed, and while we’re not sure what will come out of this, whatever lessons that we learn will be shared with the other schools.

“For example, the principal has shared that he will now be doing interviews with the students in the morning to find out things like if they had been having any symptom of the virus or if they had come in contact with anyone who had tested positive, and so forth. So they will not only be relying on the temperature checks,” Drysdale said