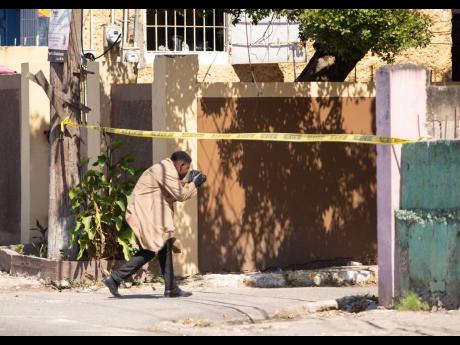 Two men were shot yesterday along Maxfield Avenue, one in the buttocks and the other in the hand, as gunmen opened fire indiscriminately on a group in the latest of a series of attacks by warring factions.

The incident took place in a section of the community called Rome at about 10:45 a.m.

Residents summoned the police shortly after the attack, and the men, who were seen suffering from gunshot wounds, were rushed to hospital.

The St Andrew Central Police said that based on preliminary investigations, the attack was carried out by gangsters.

The Gleaner has gathered that several of the murders committed in recent weeks in the area are connected.

Last month, following a triple murder on Lincoln Avenue, Senior Superintendent Michael Phipps, who is in charge of the Kingston Western Police Division, said that an intra-gang feud involving the Bird Nation gang was at play.

He said that the leader of the gang resides in the United States and that there has been a falling-out among members in Jamaica.