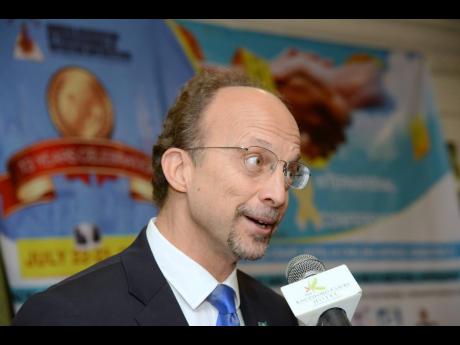 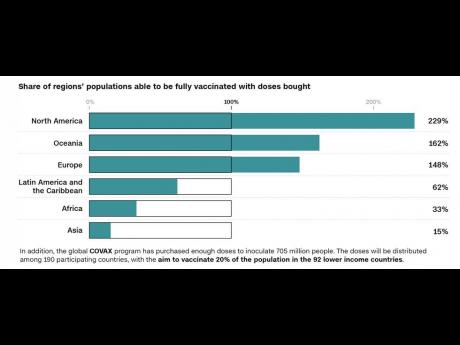 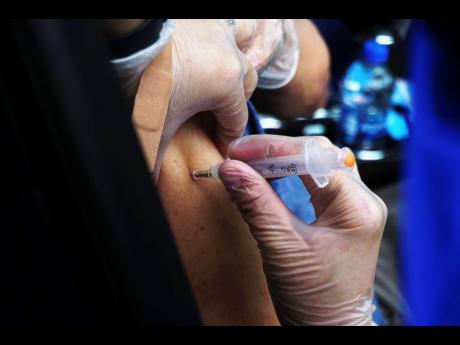 AP
While the vaccination rate in the US has improved in recent weeks, the 1,339,525 doses administered per day means it will take an estimated 11 months to cover 75 per cent of the population with the required two doses. The British government has said it could take a year to vaccinate its population. 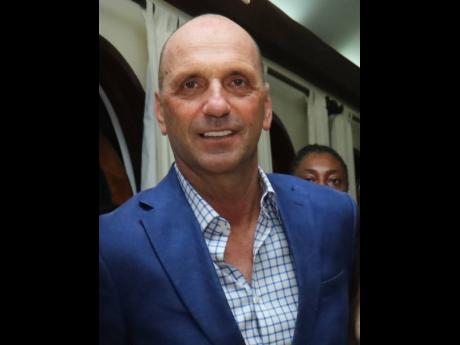 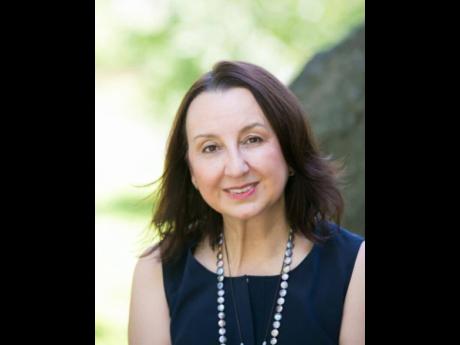 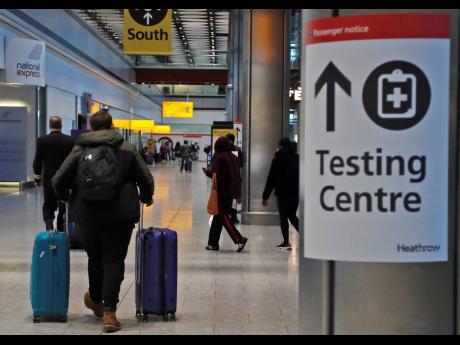 AP
According to one of the world’s most prestigious management consulting firms, the Boston, Massachusetts-headquartered Boston Consulting Group (BCG), since the start of the pandemic last year, consumers miss leisure travel more than anything else.
1
2
3
4
5
6

Like the rest of the Caribbean tourism industry, Jamaican hotelier Josef Forstmayr is closely watching the roll-out of COVID-19 vaccines in the major markets in Europe and North America, hoping that enough people will be vaccinated to encourage a rapid return of large numbers of tourists to Caribbean shores.

“The more of us that have been vaccinated, the less worried persons will be about travel,” Forstmayr, the managing director of Round Hill Hotel and Villas, and a former president of the Caribbean Hotel and Tourism Association (CHTA), told The Sunday Gleaner. “Vaccination will be essential for a return to any real business.”

However, as front-line workers and the elderly in the United States, Britain, Canada and major European countries begin getting the injections, any expectations in the region are tempered by the slow pace of roll-out in these countries.

While the vaccination rate in the US has improved in recent weeks, the 1,339,525 doses administered per day means it will take an estimated 11 months to cover 75 per cent of the population with the required two doses. The British government has said it could take a year to vaccinate its population.

This is the reality that faces the Caribbean’s tourism industry, along with reluctance by large numbers of people to travel, despite expressing a strong desire to do so.

According to one of the world’s most prestigious management consulting firms, the Boston, Massachusetts-headquartered Boston Consulting Group (BCG), since the start of the pandemic last year, consumers miss leisure travel more than anything else.

A survey conducted in December 2020 found that 66 per cent of consumers said they couldn’t wait to begin travelling again, up seven points from July, Marguerite Fitzgerald, managing director and partner at BCG, told a discussion on what COVID-19 vaccines mean for Caribbean tourism, organised last week by the Barbados-headquartered Caribbean Tourism Organization (CTO). However, Fitzgerald said, the evidence suggests that it could be 2024 – but no earlier than 2023 – before travel to the region returns to 2019 levels.

“Tourism is really driven by the great intangible of consumer confidence, and so regardless really of where we are in the cycle of therapeutics, vaccines, waves … we don’t think we’re gonna see full recovery until psychologically people are ready to travel again,” the BCG executive told the panel. “There is going to be a confidence issue that we’ll have to get past.”

Among the challenges facing tourism planners in the region is the lack of trust in established institutions by many in the marketplace, according to Yazmine Esparza of the US public relations and marketing consultancy firm, Edelman.

The firm surveyed 33,000 people in 20 countries last October and November and found that “there’s an epidemic of misinformation” and “widespread mistrust of institutions”, with governments and media among the least trusted, Esparza, the vice-president for international affairs, told the CTO forum, stressing that this makes it difficult to build trust and confidence among potential travellers.

This lack of trust extends to the vaccination programmes, with a significant number of people indicating they have no intention of taking the jab.

A global survey on trust conducted by Imperial College London between November last year and mid-January found that the number of people who said they were willing to take the vaccine was on the rise. As of mid-January, 54 per cent of respondents said they would get a COVID-19 vaccine if it were made available to them the week of the survey, with the number of people who strongly agree increasing in 11 of the 15 countries, according to the report.

However, a different study conducted last month found that nearly 40 per cent of people in France, more than a quarter of those in the US and 23 per cent in Germany said they definitely or probably would not get vaccinated against the virus.

The seven-country survey – conducted in France, Germany, the Netherlands, Italy, India, the UK and the US – revealed a close correlation between people’s reluctance to be vaccinated and their trust in central government, with only 11 per cent of Americans and 13 per cent of French citizens saying they trust their governments to be a reliable source of information on vaccines, said the researchers, the London-based data, insights and consulting company, Kantar Public.

While this aversion to the vaccine might potentially be a difficult hurdle to cross, Dr James Hospedales, the former executive director of the Caribbean Public Health Agency (CARPHA), believes it won’t be long before attitudes towards the injection improve. In any event, Hospedales told The Sunday Gleaner, the people in the key tourism markets who are hesitant or object to immunisation may not necessarily be the ones likely to travel on a holiday to the Caribbean.

“But there will be many holdouts for sure, and such folks will forfeit the chance to travel internationally. Such folks/communities will also experience ongoing COVID transmission after vaccinated communities have stopped seeing cases. So we don’t want to allow that,” he said.

Still unclear is whether the antibodies triggered by the vaccines will lower the spread of the virus to others, although researchers at the University of Oxford said last week that the Oxford-AstraZeneca vaccine has the potential to slow transmission, rather than simply preventing symptomatic infections.

In addition, while Novavax and Johnson & Johnson reported that their vaccines offered good protection, including against new, more contagious variants of the virus, questions continue to linger about the efficacy of these jabs against the many new, more virulent strains like those discovered in Brazil, the UK and South Africa.

Concern over more infectious, deadly variants of COVID-19 has led to talk among industry officials of a vaccine passport for travel, a recommendation rejected by the World Travel and Tourism Council (WTTC), which prefers a digital health travel pass, said Lola Una Cardenas, the WTTC’s vice-president for government affairs.

“We disagree very strongly with these because health passport might contain history from previous vaccinations, other details of, you know, medical history that is probably unnecessary in relation to the COVID-19. And so instead what were are calling for is a digital health travel pass that only shows the results of an appropriate COVID-19 tests, or evidence that the traveller has been vaccinated,” Cardenas told the CTO-organised panel.

Sweden and Denmark have already announced plans to introduce digital COVID-19 vaccine certificates for travel, and, possibly, to check whether people attending events such as sports or cultural activities have been vaccinated.

Karolin Troubetzkoy, a former CHTA president and managing director of the high-end Anse Chastanet and Jade Mountain resorts in St Lucia, said vaccine passports could be essential to the safe return of travel.

“I believe that there is some merit in the introduction of vaccine passports and I would see them as necessary to bring back travel in an orderly and expedited fashion,” Troubetzkoy told The Sunday Gleaner.

Vaccine passports are already being developed by a number of companies, including the CommonPass, a collaboration between the World Economic Forum and the non-profit public trust, The Commons Project, and Travel Pass by the International Air Transport Association (IATA).

Aruba is the first country to sign up for the CommonPass, although it remains unclear whether the projected February start date for its use can be met, since airlines have yet to reach global agreement on a single standard.

Meantime, Dr James Hospedales, the former CARPHA chief, believes the vaccines will help get the devastating “knee of COVID” off the “necks of our economies” and bring some much-needed respite to the tourism industry.

“Travel and tourism has been crippled by the pandemic. So the longer the delay in getting vaccination programmes in place, the longer the economic pain and fallout, as more and more businesses close – especially in the small and micro enterprise sector – and governments have less fiscal space to respond,” he told The Sunday Gleaner.

Added Troubetzkoy, the former CHTA president: “Given the importance of vaccinations for tourism workers, it is my impression that the private sector, especially tourism, is more than willing to come to the table to financially support governments in their efforts to roll out vaccine plans. However, if there is no vaccine available, then these carefully laid out plans will simply be meaningless.”