Saved by a ‘life-changing opportunity’ 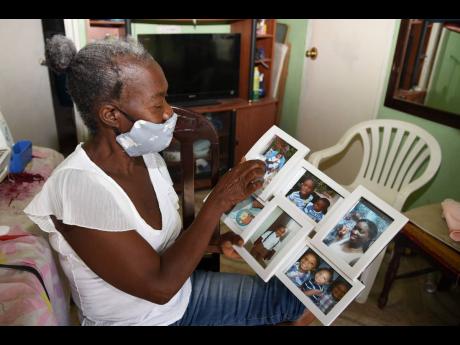 Kenyon Hemans
Sonia Harriott looks at pictures of her children. 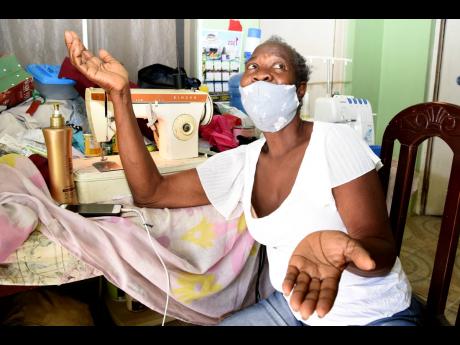 Kenyon Hemans
Sixty-two-year-old Sonia Harriott from Gordon Pen in St Catherine recounts the many challenges she faced after leaving her four children in Jamaica and moving to live and work in a foreign country.
1
2

Sonia Harriott grew up in Waterloo, Manchester and, while attending school, the needlework teacher would give all female students a piece of fabric and embroidery thread to take home for the weekend.

She fell in love with the craft and took it up seriously as a career when she completed high school.

At 17, Harriott moved to Kingston with her mother and started her family when she was 22 years old. She gave birth to four children – three daughters and one son, who she raised in Gordon Pen, Spanish Town.

“I used to work on the sewing machine and, if somebody had a likkle job to clean up their house or so, I would do it two days for the week. That’s how I survived,” she recalled.

Reflecting on her former years, the 62-year-old admitted that had it not been for a “life-changing opportunity”, the trajectory of her life and that of her children would no doubt have been much different.

“Sometimes things were rough ... not even food to eat. Those days, I only had one board house round there suh, with five children, because my daughter did have a son,” she disclosed.

One afternoon in January 2000, Harriott’s friend Juliet paid her a visit. When she arrived, she asked me, “Yuh wah come a Curaçao come work wid me?”

The mother hesitated to take up the offer but received reassuring words from her eldest daughter who said, “Mummy, gwaan”.

Harriott said she did not have a passport or the money to secure one, but she was sewing a bedroom set for a client and requested the payment in advance, which she used to begin the application process.

Her friend Juliet took care of all the other expenses, including the airfare.

When Harriott departed Jamaica in March 2000, her children, the youngest being five, were left in the care of her “responsible 20-year-old daughter”.

“I asked her to build the house. I told her ‘Don’t let me come back come see the one board room round there and the toilet outside,” she recalled.

Harriott shared that her daughter did not squander the money that she sent her, but stuck to the goal of improving their living situation.

While Harriott was away, her children climbed the rungs of the academic ladder and her second daughter pursued studies at The Mico University College.

Harriott worked as a caregiver for the elderly in Curaçao, mainly tending to bedridden patients.

Her lack of fluency in the official language, Papiamentu, was not a hindrance to executing her duties or developing decent work relationships.

She spent a combined total of seven years in the Dutch island, taking a number of trips back to Jamaica in between.

“If me never go, the sewing alone wouldn’t help me,” she reflected.

When The Gleaner enquired of Juliet’s whereabouts, Harriott smiled then said: “We were friends before I had my first daughter and she is still my friend today. In her times of difficulties, I stood by her and she did the same for me.”

All Harriott’s children have gone on to lead their own families and now she spends her days engaging in the craft she fell in love with decades ago – altering clothes and sewing school uniforms.

She said her last child, the only one who resides in Jamaica, holds a special place in her heart.

When she was two-plus years old, Harriott noticed that she was not responding when her name was called.

At four, she enrolled her at St Christopher’s School for the Deaf, a boarding facility in St Ann.

“Every time me go look fi har, mi cry. She was there for about two months and then she came home, but she wanted to go back because we didn’t know sign language,” the mother said.

Though she has learnt a little sign language over the years, she communicates with her daughter mainly via text message and lip reading on video calls.