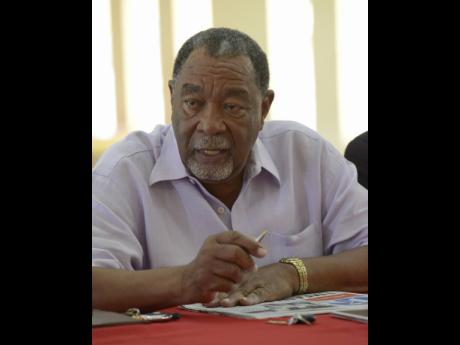 Bertel Moore, chairman of the Westmoreland Municipal Corporation (WMC), says while the costs overrun on the municipal headquarters has escalated by approximately $30 million, an unplanned space was created to give greater service to the people of the parish.

“We have ended up with a basement, which is now being used by our municipal police department and is also serving as our staff canteen … this was not on the original plan,” said Moore, in outlining the scope of work done on the multimillion-dollar municipal building.

Moore also stated that bad weather conditions, which resulted in severe flooding, was a major contributor to the cost overrun and delays on the completion of the building, where construction commenced in 2015.

“The construction of the basement became necessary due to the flooding and waterlogged soil experienced at the substructure level,” explained Moore. “On the second floor of what should have been a balcony, we have converted that into an office for the director of administration and three other desks for staff.”

However, Public Administration and Appropriations Committee (PAAC) member, Heroy Clarke, said he is not satisfied with just getting additional office spaces, he wants answers as to how a contract for $74 million ended up costing $120 million.

Clarke further argued that the WMC’s decision to select N.R. Diaram Construction Limited for the project, because they had the lowest bid, has backfired, based on cost overruns and delays.

“Why is it that you accept the $74 [million] and then you have an overrun of almost $30 million? … explain that to me,” said Clarke.

But Moore said Clarke’s criticism has no merit insofar as the WMC is concerned, as the corporation was not involved in the selection of the contractor for the project.

“He is totally wrong. All these things were done at the Ministry of Local Government, not by the Westmoreland Municipal Corporation,” said Moore. “Absolutely not. We did not in any way influence the decision-making process.”

In 2015, under the Portia Simpson Miller-led People’s National Party administration, a contract valued at $74.8 million was signed between the Ministry of Local Government and N.R. Diaram Construction Company to construct the municipal building at the intersection of Murray and Great George streets.

Since the start of the construction phase, the building, which was slated to be completed in 10 months, has faced numerous challenges, which included the 2019 termination of the contractor. According to the latest figures provided by the Ministry of Local Government, the current estimate and expenditure stand at $120,293,128.46.