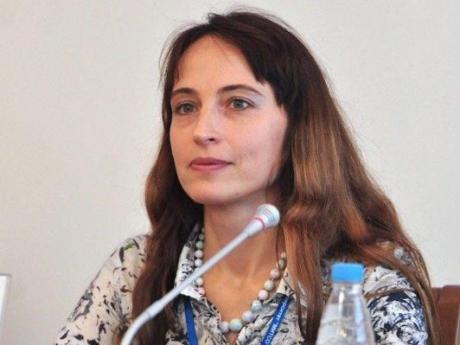 GENEVA, Feb 14, CMC – Amid the mass migration of Venezuelans to the Caribbean, particularly Trinidad and Tobago and neighbouring South and Central American countries, an independent UN human rights expert has called for unilateral sanctions to be dropped against Venezuela.

Imposed by the United States, European Union, as well as other countries, Douhan said the sanctions have sparked “economic, humanitarian and development crises, devastating the entire population, especially those living in extreme poverty, women, medical workers, individuals with life-threatening diseases and indigenous peoples.”

Douhan stressed that unilateral measures are only legal if they are authorised by the UN Security Council, used as countermeasures, or do not breach any obligation of states and do not violate fundamental human rights.

She also said that “humanitarian exemptions are lengthy, costly, ineffective and inefficient”.

The independent UN human rights expert said lack of electricity, water, fuel, food and medicine, along with the departure of qualified workers – many of whom have left the country for better economic opportunities – are having “enormous impact over all categories of human rights, including the rights to life, to food, to health and to development.”

Citing “the complexity of the situation”, during her visit, which ended on Friday, Douhan said she sought to meet “the widest range of people” to listen to their experience and insights, from government officials to opposition leaders and non-governmental organisations to victims of human rights violations “as well as ordinary people”.

She called on the sanction-imposing countries to observe the principles and norms of international law and reminded them that humanitarian concerns should always be taken into account with due respect to mutual respect, solidarity, cooperation and multilateralism.

Special Rapporteurs are appointed by the Geneva-based UN Human Rights Council to examine and report back on a specific human rights theme or a country situation. The positions are honorary and the experts are not paid for their work.

In early January, the Organization of American States (OAS) warned in new report prepared by its General Secretariat that the number of Venezuelan refugees and migrants could rise to 7 million in 2021 if regional countries reopen their borders and the government in Venezuela remains in place.

The Washington-based OAS said “The Situation Report” – the second since its first in November 2020, prepared for this crisis, headed by David Smolansky – presents “a balance of the year 2020” for Venezuelan refugees and migrants.

The report stated that the COVID-19 pandemic worsened the Venezuelan migration crisis in 2020.

“Although the outflow slowed down due to border closures and mandatory confinement, these measures increased the difficulties faced by Venezuelan migrants and refugees and, therefore, the challenges of care, protection and integration,” the report said.

“The conditions of vulnerability in which Venezuelan migrants arrive in host countries are increasingly critical after the deepening crisis in Venezuela,” it adds.

The report said that the remains of 33 Venezuelan migrants who fled their country by sea, including minors, have been found on the maritime border between Venezuela and Trinidad and Tobago.

“If borders reopen in the first quarter of 2021 and the illegitimate regime in Venezuela continues in power, the number of migrants and refugees could rise to 7 million,” the report added.

After the publication of the document, Smolansky emphasised that “the only solution to stop this unprecedented human landslide in the region is for Venezuela to have a transition towards democracy and for Venezuelans to progressively regain their freedoms.

“This is the only way forced migration will stop and incentives for return will emerge,” he said.

The report notes that, before the arrival of the pandemic, about 5,000 Venezuelans fled their country daily.

The report underscored that 2020 concluded with a total of 5.4 million Venezuelans exiled and also identified challenges that must be addressed in the new year, including the increase in the number of entries through irregular routes, as well as the growing number of Venezuelans who disappear or die trying to reach an island in the Caribbean.