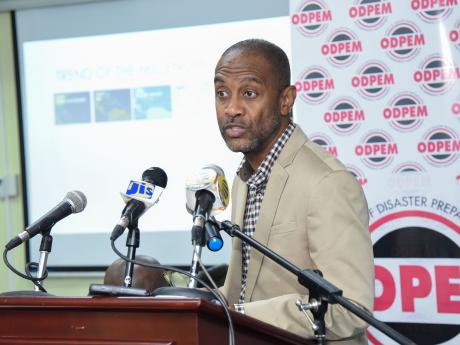 Regional Association IV has, as one of its working groups, the Hurricane Committee that, on an annual basis, determines the names of tropical cyclones and other operational matters for the Atlantic Hurricane Season after reviewing past seasons.

Jamaica now has a seat on the Executive Council of the World Meteorological Organization (WMO).

Director of the Meteorological Services Branch, Evan Thompson, was elected President of the Regional Association (RA) IV of the World Meteorological Organization on the final day of the 18th Session of the Association, held virtually over the period February 8-11, 2021.

This is the first time Jamaica will hold the presidency of the organisation, since the country became an individual member on May 29, 1963.

Thompson says “having a seat [at the WMO] table allows me to coordinate the collaboration of all the members, ensuring that no one is left behind as we move forward in meteorology globally.”

He added that he is expecting greater participation and input from experts within the region, in the global scheme of things.

“Some of the constituent bodies have representation right across the world but RA IV is not as well represented as some of the other regions, especially when we consider the Caribbean and Central America. So, I believe there is need for greater involvement or participation from this region in all the bodies,” explained Thompson.

He says he’s been getting his feet wet over the past 15 months and will continue moving forward with a renewed energy to reconstruct the regional association in terms of its working structures in line with what is happening in the WMO.

“We recognise that we have to update our processes, we have to look again at our structure just to make sure that it is in alignment with the needs of the people. The WMO took on the reform process and the regional organisation is now at a place where we are also reforming our structure so that we can better deliver on the mandates that will proceed out of the reform. We’ve just finished the process of consultation throughout the region to look at how we amend our structure to meet the demands, so that is being finalised at this time.”

Thompson will have oversight for 27 countries in North America, Central America, and the Caribbean Region.

Regional Association IV has, as one of its working groups, the Hurricane Committee that, on an annual basis, determines the names of tropical cyclones and other operational matters for the Atlantic Hurricane Season after reviewing past seasons.

Prior to this appointment, Thompson served as the vice-president of the WMO Regional Association IV and shortly thereafter assumed the role of acting president on the retirement of the previous post holder.

The WMO is an intergovernmental organisation with a membership of 193 member states and territories.

The WMO is the specialised agency of the United Nations for meteorological, operational hydrology, and related geophysical sciences.