JUTC racks up billions in losses; deficit at UDC 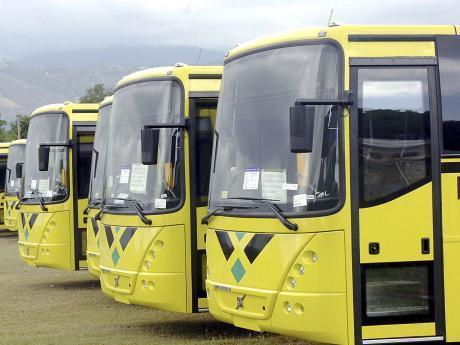 A number of key public bodies are projecting significant deficits for both the current financial cycle as well as the upcoming 2021-2022 fiscal year.

Many of these public bodies have been hit hard by COVID-19 containment measures that have restricted commerce.

For the upcoming fiscal year, the Urban Development Corporation (UDC) is projecting a net loss of $416.7 million.

For the current fiscal year, the UDC racked up an estimated deficit of $1.8 billion.

The UDC has a mandate to undertake urban and rural renewal. It is also tasked with the responsibility to oversee orderly development, with the objective of stimulating economic growth.

In its report to Parliament, the UDC says its operations will continue to be significantly challenged by the revenue fallout associated with the pandemic.

One of the major projects being managed by the UDC is the Government Campus and Houses of Parliament. The agency says it will continue to work with architects, consultants, and other stakeholders to complete schematic designs of the new parliament building.

The Jamaica Urban Transit Company Limited (JUTC), with a track record of massive deficits, is expected to be bailed out by taxpayers in the sum of $5.3 billion for the 2021-22 fiscal year.

The operations of the state-owned bus company were significantly scaled down last year as the Government introduced restrictions to slow the spread of COVID-19. In recent times, the JUTC discontinued free rides for front-line workers, owing to the sharp decline in revenue.

Anticipating a surplus of $2.6 million for the upcoming financial year, the Port Security Corps Limited suffered an estimated $19-million deficit in the 2020-2021 fiscal year.

The Port Security Corps’ primary mandate is to protect the island’s ports of entry, tourism product, and export trade.

The Port Authority of Jamaica is also reporting a significant dent in its revenue owing to the effects of the pandemic. It is estimating a $1.8 billion deficit for the current fiscal year and a $881.1 million loss for the upcoming financial year.

The Port Authority of Jamaica says it will target for completion in the new fiscal year infrastructure development and renovation works at Port Royal, including a museum that is currently under construction.