Fesco gas station fire still an open wound for many 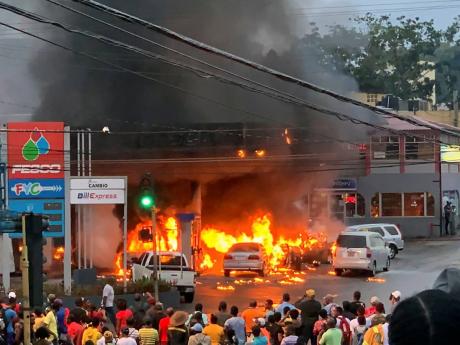 Contributed
Exactly one year ago, the popular Heaven’s Fesco Service Station in Mandeville, Manchester was rocked by an explosion that killed one person, injured several others and racked up millions of dollars in damage. 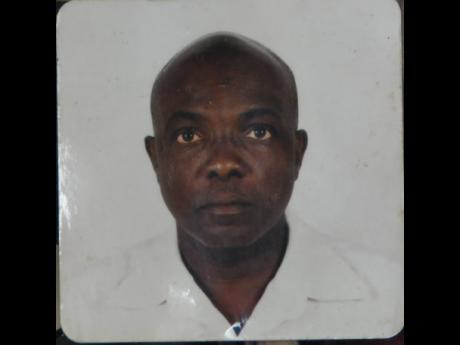 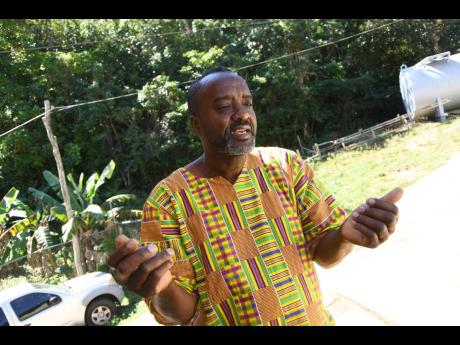 It has been exactly one year since a major fire at the Heaven’s Fesco Service Station in Mandeville, Manchester, seriously injured seven persons, one of whom died, and caused extensive damage to the property and approximately a dozen vehicles, but the ordeal is still a fresh wound for many.

The Friday evening tragedy left four individuals with third-degree burns and the three others, including a six-year-old child, with minor injuries.

Those who were early on the scene video-recorded what seemed like a malfunctioning gas pump spewing petrol, which later erupted into flames in a matter of minutes, triggering an explosive chain of events on February 21, 2020. However, subsequent inspection reports from regulatory bodies revealed that the service pumps were in proper working condition.

The fire, which caused damage estimated at $100 million, is believed to have started as result of sparks from a car being jump-started nearby.

A friend and colleague of the only casualty – 59-year-old mechanic and pig farmer Daniel Farquharson – said he is reminded of his narrow escape and the nightmarish episodes of the day each time he passes the area.

“I have to give God thanks, because if it wasn’t for the Father, I wouldn’t be here today. I was there on the premises and I saw Danny [Daniel]. I was about to go and talk to him and somebody called me from across the road to go and look on a vehicle that I worked on that break down,” Byron Smalling recounted.

Smalling said he briefly met with the person who had called him and was heading back to the gas station to speak to Farquharson when the explosion occurred.

“I was pretty much the first responder. I was there telling everyone to turn back and to back away from the area. Any time I remember it, it brings tears to my eyes sometimes,” he shared with The Sunday Gleaner.

He said one of the most painful things for him was seeing his friend of over 30 years walking in the nude as the fire burnt the clothes from his body, yet persons were reluctant to render assistance.

“People were just there recording with their phones. I had to block off vehicles so we could get someone to take him to the hospital because my vehicle was blocked off. It was terrible, man. I could hear him crying out to the Father because of the pain he was in,” Smalling stated.

Farquharson, who was transferred from the Mandeville Regional Hospital to the University Hospital of the West Indies, succumbed to the injuries he sustained one day shy of his 60th birthday, and seven months away from seeing his daughter graduate from medical school.

Smalling is of the view that health authorities should honour Farquharson’s life by securing a burn unit at the Mandeville Regional Hospital so that fire victims in the central region of the island can receive the best possible care.

“I want the Government, the business people and authorities to look into it and see what they can do to have a proper burn unit facility up and running at the hospital. If something like this happens again, it would help. I don’t know if he could be saved but 24 hours is a long time, if they had a proper burn unit here, more could be done for him,” he said.

While some of the survivors of the Fesco inferno catastrophe with whom The Sunday Gleaner spoke are happy they eluded death’s door, none wanted to relive the ordeal and comment publicly.

“It doesn’t even feel like a year; it feels like just yesterday. I can only imagine what the persons who were directly affected by it go through on a daily basis. It can’t be easy,” Smalling expressed.

A representative of Heaven’s Fesco Service Station, which was able to resume operation a little over a month after the fire, shared that they have done all that was necessary and are moving forward as best as they can.