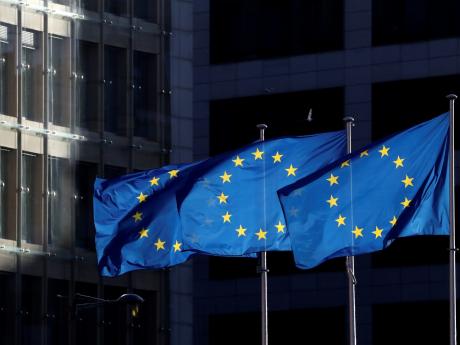 The EU requires jurisdictions to be at least ‘largely compliant’ with the international standard on transparency and exchange of information on request.

BRUSSELS, Feb. 22, CMC – The European Union (EU) on Monday removed Barbados from the so-called blacklist of jurisdictions considered non-cooperative for tax purposes, but added Dominica because it said the island still does not fully meet international standards.

“Dominica has been included in the EU list as it received a ‘partially compliant’ rating from the Global Forum [for Transparency and Exchange of Information] and has not yet resolved this issue,” the Council of the EU said in a statement.

Barbados was added to the EU list in October 2020 after it received a ‘partially compliant’ rating from the Organisation for Economic Cooperation and Development (OECD) Global Forum for Transparency and Exchange of Information.

“It has now been granted a supplementary review by the Global Forum and has therefore been moved to a state-of-play document pending the outcome of this review,” the Council said.

Additionally, St Lucia has been removed from the state-of-play document, which identifies jurisdictions which do not yet comply with all international tax standards but which have made sufficient commitments to implement tax good governance principles.

Meantime, Jamaica has been added to that document as it has committed to amend or abolish its harmful tax regime (special economic zone regime) by the end of 2022, the EU Council added.

The changes to the list take into consideration the ratings recently released by the Global Forum as regards exchange of information on request.

The EU requires jurisdictions to be at least ‘largely compliant’ with the international standard on transparency and exchange of information on request.

Following the latest update released on Monday, which includes the addition of Dominica on the blacklist, there are now 12 jurisdictions considered non-cooperative jurisdictions, including Anguilla, Trinidad and Tobago and the US Virgin Islands.

The EU list of non-cooperative jurisdictions for tax purposes was established in December 2017. Jurisdictions are assessed on the basis of a set of criteria laid down by the Council in 2016. These criteria cover tax transparency, fair taxation and implementation of international standards designed to prevent tax base erosion and profit shifting.

The list has been revised several times, and as of 2020, it is being updated twice a year.