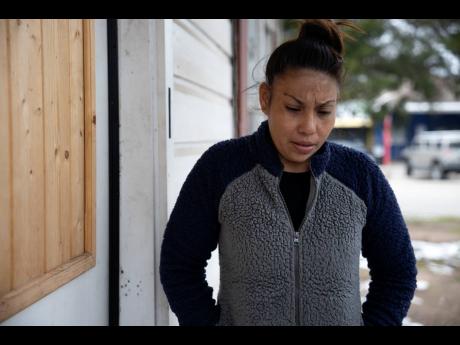 AP
In this February 18 photograph, Maria Pineda speaks about her son’s future plans in Conroe, Texas. Pineda’s son, Cristian Pavon, 11, died of suspected hypothermia as temperatures plummeted into the teens on Tuesday, February 16. 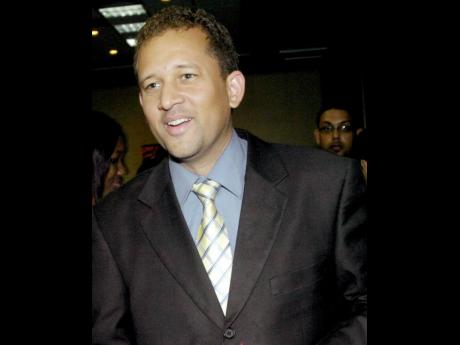 File
Oliver Mair, Jamaica’s consul general in Miami, who has jurisdiction for Texas, said he has maintained communication with expatriates in the snow-hit state.
1
2

“We are very fortunate.”

That is how Terron Henry, a Jamaican resident of Houston, described his ordeal with the wintry weather that has gripped Texas over the last week, bringing icy conditions, power outages, and water shortages.

“If one thing Jamaica taught you, it is how to survive. I am a survivor,” he said, commenting on the freezing cold that has been blamed for more than 60 deaths from hypothermia, including an 11-year-old Houston boy.

Henry, who operates Cool Runnings Jamaican Grill in Houston, said that while he did not suffer damage to his property, frozen pipes and a three-day power blackout made life unbearable. He was forced to use water from his pool for some domestic needs, such as flushing toilets and hygiene.

“I did not have a real shower until Thursday,” he said.

Henry even improvised by using his food truck to provide heat.

“None of us were prepared for this,” he said.

Henry said that his restaurant closed for a number of days, but losses were mitigated by moving produce and other perishable items from the restaurant to the food truck.

Like other Texans, he is still under an advisory to boil water.

Veronica Parkin, the owner and operator of LoveBird Restaurant, said she had to shutter her business as she was without light for three days and did not have water.

“We did not have any damage, but I am sure that we suffered losses at the restaurant,” she said.

Parkin, who has operated her restaurant for more than 14 years, could not operate her electric stove at home because of the days-long outage.

“I had all my family at my house. I had a little food in my fridge that kept us,” she told The Gleaner.

Pointing out that she left Canada for Texas to escape extremely frigid weather, the Jamaican national said that she was shocked at the cold spell that has wreaked havoc spanning the continent, grinding commerce to a halt and causing crucial delays in the vaccination roll-out in about 20 states, as America’s coronavirus death toll approaches half a million.

She was exasperated by the woes of having no light, no gas, and no water.

“What happened here took me back to my days living in Canada, an experience I thought I had left behind,” Parkin said.

Dr Nicole Bent, president of the Jamaica Foundation of Texas, said that her organisation reached out to Jamaicans statewide to ensure that they were safe.

“We were in constant touch with Jamaicans, finding out what assistance, if any, we could offer,” said Bent, who took refuge, at times, in her car to stay warm.

The foundation, which has existed since the 1980s, did not get any reports of Jamaicans in dire need, she told The Gleaner.

President Joe Biden has declared a state of emergency in Texas on Saturday, allowing for federal funds to flow to aid those in despair and to activate Federal Emergency Management Agency assistance. The Department of Homeland Security has also been asked to assist the state.

Jamaica’s honorary consul in Texas, Khalfani Fullerton, said that he was in constant contact with Jamaicans throughout Texas to ensure that they were weathering the conditions.

His checks have revealed that all Jamaicans have got back electricity and water, although they still have to boil water for domestic use. Intermittent outages still occur, however.

Oliver Mair, Jamaica’s consul general in Miami, who has jurisdiction for Texas, said he has maintained communication with expatriates in Texas and continues to monitor developments.

“I have people on the ground in Texas who are keeping us informed as to the effects on Jamaicans, and so far we are not getting any reports of major property damage or loss of lives,” Mair said.