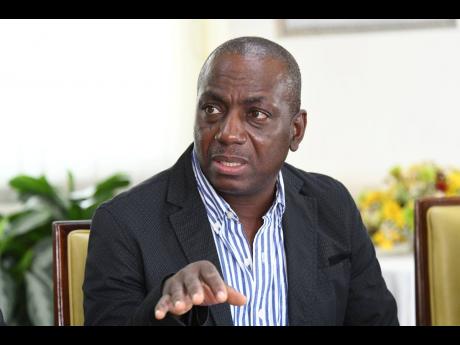 Audley Gordon, executive director at the National Solid Waste Management Authority (NSWMA), says the new garbage-transfer station project in Trelawny is not dead, but the cost to build and retrofit it has increased significantly.

“It is not an idea that is dead, or off the table. It’s just undergoing more rigour and is being considered with a lot of enthusiasm at the Public Investment Management Secretariat (PIMSEC), the clearing house of Jamaica in the Ministry of Finance,” Gordon said.

“PIMSEC is where it’s at right now. We still have some outstanding items that were being worked on to satisfy some of the concerns that PIMSEC would have raised. We have to work on some of these things over time, because it is a first in Jamaica,” added Gordon.

In fact, Gordon told The Gleaner that while the NSWMA had arrived at a figure, which he did not reveal, he stated that based on the scope of work and what’s now been revealed by PIMSEC, those figures have since increased.

“We started out with an initial figure, but what happened as we learned more about the project … the figure has moved significantly because we did not calculate or envisage some of the things that are required to do in a facility such as that,” said Gordon, who did not reveal the original cost or the new projected cost.

The NSWMA is seeking to construct four new garbag-transfer stations in the parishes of Westmoreland, Trelawny, Clarendon, and Portland, which will serve as areas where garbage-disposal trucks can deposit solid waste prior to loading on to larger vehicles for transportation to disposal sites.

In 2019, Gordon had reported that PIMSEC gave the country’s solid waste management authority its approval to build a transfer station in Daniel Town, Trelawny, but to date, the project remains on the drafts table at the Ministry of Finance.

Gordon also revealed that the agency’s plans got more complicated following a site visit to Florida in the United States, to examine best practices and the critical components needed to effectively operate a garbage-transfer station.

“When we went on the study tour in Florida to look at transfer stations, we realised it would make no sense to have one which is not equipped with scales at the entrance, and I am talking about one scale going in and a separate scale [for] weighing trucks coming out,” said Gordon.

“We have to be good custodians of the environment, so we saw where we will definitely need to have emission systems to deal with odour control and leachate pond,” he said. “It’s a lot of things that have to be in place that our original plan did not really factor in.”

“And when you get into some of the studies that have to be done, even on the particular soil to make sure that when you lead the leachate into that pond it is not affecting the water table elsewhere, so it’s a lot of technicalities involved,” he added.