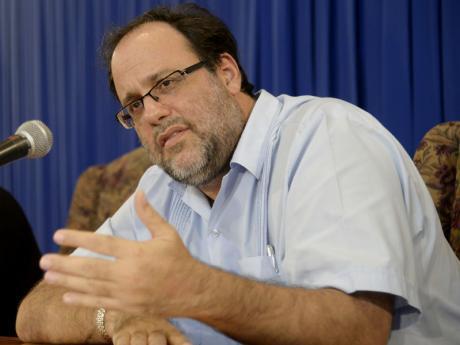 The Opposition leader stopped short of calling for the plug to be pulled on the JAMCOVID application even as the Government continues to defend its integrity. (file photo)

Opposition Leader Mark Golding has declared that the credibility of the JAMCOVID portal is “now totally shot”.

The Opposition leader stopped short of calling for the plug to be pulled on the application even as the Government continues to defend its integrity.

His declaration comes hours after it had been revealed that another alleged security flaw associated with the JAMCOVID application has reportedly been uncovered just days after its developer, Amber Group, sought to reassure that the application is safe.

He wants the Government to publish the engagement contract between it and Amber Group.

“Is there a US-dollar fee per user for this ‘free’ portal? And who owns the data?” Golding questioned.