‘Nobody is safe,’ declares partner of businessman gunned down 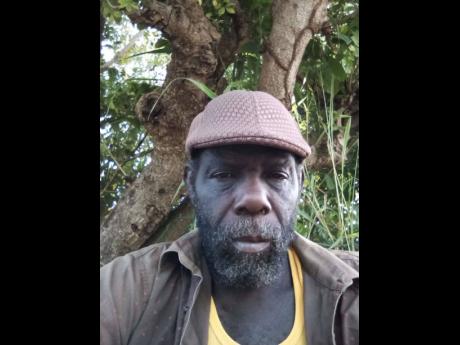 “We are not safe anymore, whether we are involved or not,” were the words of the partner of 66-year-old businessman Maurice Clarke, who was shot and killed in his yard on the Innswood Estate, St Catherine, property by gunmen on Saturday night about 9:30.

Jackquelyn Watson had just prepared a meal of salt fish done with onion and tomato at the request of her common-law husband, which he never got a chance to consume before he received a single gunshot that doctors who pronounced him dead at the Spanish Town Hospital said pierced his heart.

According to reports, Clarke had earlier closed his car wash business in an effort to abide by the curfew regulations, and was sitting in his front yard when a 19-year-old man who goes by the name Chinaman stopped at his gate to exchange pleasantries.

It is reported that men in a white Nissan Tiida motor drove up at the same time, rolled down the rear window and fired four shots at the 19-year-old, hitting him three times in the head. One of the bullets missed its mark and hit Clarke in the chest. Both men were later pronounced dead.

“Him wasn’t on the street. We are not safe anymore. Him always obey the curfew since it start. Him tell me say him feel for salt fish with nuff tomato and soft yam and dumplings, and mi prepare it for him,” a weeping Watson told The Gleaner.

“I shared out his dinner, and I came to the front door and called him to come inside and eat his food. He said to me that he wasn’t quite ready, he was just reasoning with the youth dem – those were his last words before I heard the shots.”

She stated that after the shooting stopped, she looked outside and saw Clarke lying face down in the front yard, and the young man he was talking to sprawled out on the road in front of the gate.

“He is one of the best man mi ever talk to, him nuh mek mi short of nothing, him always provide for me, I will never get over this,” the tearful woman said.

Clarke is the father of three children, two girls and a boy who live elsewhere.

His stepson, Leroy Allison, who lives with the couple, said Clarke was the best father he ever had.

“I will never forget him, he was a real father to me. I am extremely saddened by his death,” Allison said.