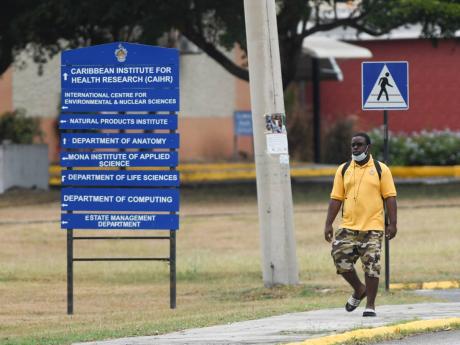 Ricardo Makyn
A man walks on the campus of The University of the West Indies, Mona on Sunday. 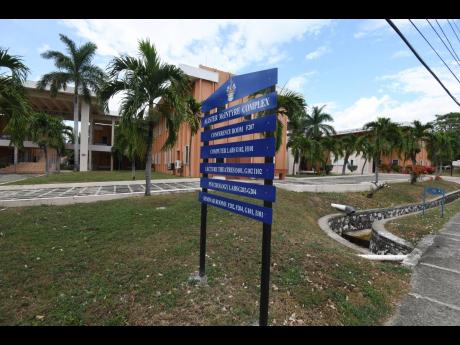 Ricardo Makyn
The University of the West Indies, Mona campus.
1
2

THE COVID-19 pandemic has limited the opportunities for Jamaican tertiary students to study overseas, amid the discontinuation of in-person classes and travel restrictions.

President of Northern Caribbean University (NCU) Professor Lincoln Edwards said some of its students are currently at Brandon University in Canada, as face-to-face classes are still being held.

“However, we also had students under the Emerging Leaders in the Americas Program, sponsored by the Canadian government, that were supposed to go to Brock University, but because Brock does not have many options for face-to-face classes, those students were unable to go,” he explained during a Gleaner Editors’ Forum last Thursday.

The NCU has international students from over 30 countries, the majority of whom have transitioned to remote learning, while a few have remained at the Mandeville, Jamaica campus.

President of The Mico University College Dr Asburn Pinnock said exchange programmes have come to a halt because of various travel restrictions.

Like the NCU, the students are operating online, with just a handful still in Jamaica.

“Those students who were overseas, we have allowed them to complete those placements and they have returned. We have not sent any students since the COVID-19 pandemic started,” he said.

Of their 125 international students, two have remained on campus, some reside off campus, while others have returned home.

“Students who would come here from other universities to do part of their course, we have had to ask them not to come – some have joined online,” he said.

Stanberry added that students from the Caribbean region have largely remained in their home countries and have joined classes online.

The only exception are medical students, who returned to the island to have their clinical examinations conducted.

Professor Edwards and Dr Pinnock shared that there has been a reduction in electricity bills at their universities, but lecturers who are engaged in remote teaching are complaining that they have been observing increases in their bills at home.

“It seems that there may just be a transfer,” NCU’s Edwards quipped.

Mico spends $48 million per annum on electricity, and there has been a 20 to 30 per cent reduction in that figure.

Similarly, at UTech, the administration has seen a 30 per cent decrease in its charges.

Meanwhile, the UWI has registered a 42 per cent reduction in energy consumption.

Professor Webber outlined that the campus generates its own electricity through liquified natural gas (LNG) supplied by New Fortress Energy.

“Some of our bills remain the same, but the consumption has been reduced for sure,” he added.