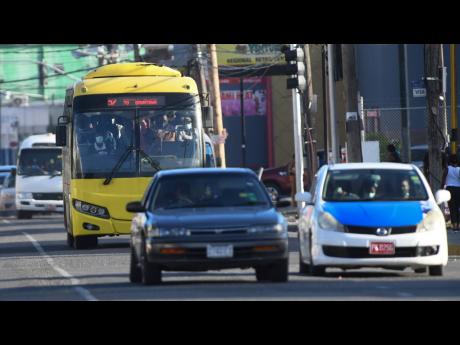 Ricardo Makyn/Chief Photo Editor
A Jamaica Urban Transit Company bus transports passengers along Half-Way Tree Road in St Andrew. The state-run organisation has come under pressure from the Jamaica Association of Transport Owners and Operators, which has criticised the Government’s persistence with billion-dollar annual losses. 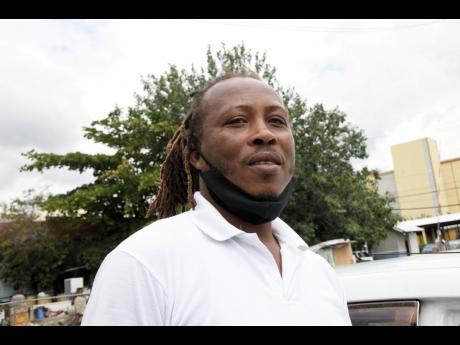 Rudolph Brown/Photographer
Wayneworth Walters, a taxi operator, says that the JUTC should consider smaller units “to go ‘round town and the bigger buses go like country” because of loss-making factors such as wear and tear. 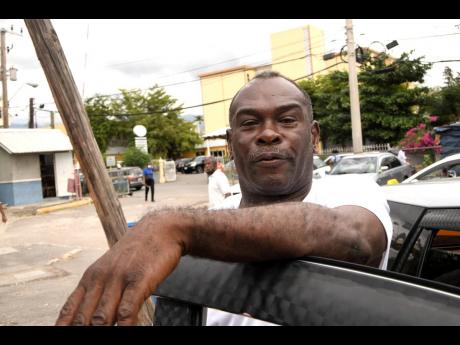 Rudolph Brown/Photographer
Samuel Seymour, a taxi operator, said he and other cabbies needed more assistance from the Government.
1
2
3

Likening the loss-making Jamaica Urban Transit Company (JUTC) to the struggling Air Jamaica which was eventually privatised in the 1990s, some transport sector players are urging the Government to downsize the state-owned bus company, which is projected to lose $11 billion in the 2021-2022 fiscal year while being subsidised to the tune of $5.8 billion by taxpayers.

According to the Jamaica Association of Transport Operators and Owners (JATOO), the continued losses of the JUTC amplify the sad state of the island’s transportation policies, which the group says are in dire need of an overall. The transport owners and operators have called for a national public passenger transportation policy.

WATCH: Transport operators say JUTC should downsize to save

Arguing that the JUTC was not the only operator in the transportation sector hit by the pandemic, JATOO said that the sector continues to be in a crisis mode.

However, it contends, the JUTC’s problems go beyond the pandemic.

“Operational problems are also major causes of the consistent deficits [at JUTC] over these many years,” the association said in a press statement on Monday, calling for urgent, tough decisions to be made.

Contacted by The Gleaner, JUTC Communications Manager Cecil Thoms said he would defer answering questions surrounding the billion-dollar losses until there was a full picture of what was happening. He, however, said that he was aware of the projected losses.

“The losses don’t come from because the bus dem not running. The losses come from probably in the depot or some places where the money not going in,” suggested taxi operator Peter Mills. “The management of the operations need to step up or change dem.,

“Sometimes mi see all three, four bus a let out one time [on a single route] and then a next time, no bus. The dispatchers don’t have a clue what they are doing,” he said, suggesting that more routes be privatised to offer a more reliable transportation service to the public.

“For example, Lyndhurst Road. It is not a busy route, and it give the passengers more heartache and vexation if they keep making one bus a go up, one bus a go down. The people can’t plan around that. Privatise them and give it to a minibus or taxi route and mek them run that and put buses where people need it,” Edwards said.

Wayneworth Seymour suggested smaller units “to go ‘round town and the bigger buses go like country. Wear and tear is a factor so the Government a go forever be in losses.”

Samuel Seymour told The Gleaner that the Government should support taxi operators just as how they subsidise JUTC fares.

“Right now we a go through a little bad patch wid the corona. Mi nuh know weh the Government can do ‘cause they said they would give us a assistance, but we nuh get it ... . We still a look forward to it,” he said.

JATOO estimated that the JUTC was dealing with a shortage of almost 8,000 seats daily for fulfilling their licence in the Kingston Metropolitan Transport Region (KMTR) and said that at this moment, this shortage is plugged in a haphazard manner.

It said that taxis should be organised to carry the KMTR commuters, along with a properly planned reduced operational-size JUTC, to cut the company’s expenses.

The Gleaner was unable to get a response from the Transport Authority’s Ewan Simpson, who is filling in for Corporate Communications Manager Petra-Keane Williams, who is on leave.