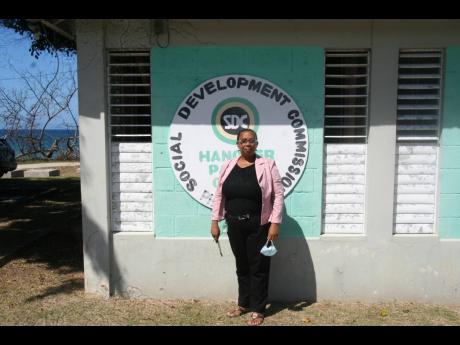 THE MAJOR efforts to revive the dormant Hanover Parish Development Committee (HPDC) are finally bearing fruit as that body now has a new executive in place – installed on Tuesday – to serve for the next two years.

At the annual general meeting (AGM) of the HPDC, which was organised by the Social Development Commission’s (SDC) Hanover office, Petra Vernon-Foster, of the Hopewell Community Development Committee (CDC), was elected as the new president of the parish body, beating back the challenge of the other three contenders, who were also nominated for the position.

A Parish Development Committee (PDC) is a distinctly Jamaican innovation that emerged out of the Local Government Reform process. The PDC is a partnership of stakeholders, inclusive of civil society, elected officials, state agencies, local businesses, and other groupings, that assist the local authorities to coordinate and monitor local development at the parish level.

Over the last two years, there have been numerous complaints at the Hanover Municipal Corporation level about the inactivity of the HPDC and its non-participation at the corporation’s meetings. The SDC leadership within the parish had given the commitment that they would remedy the situation, and subsequently made the arrangements for the AGM.

One of the participants told The Gleaner that she was pleased with the arrangements put in place by the SDC for the occasion as they were very transparent.

Vernon-Foster, who served the HPDC previously as assistant secretary, said that she has several plans for the future of the organisation, which she hopes to get the other members of the executive body of the organisation to buy into.

“We will be taking action and making every effort to get some work done. Some short-term and some long-term projects will be attempted, hopefully, with the full support of the other executive members,” said Vernon-Foster.

She listed the placement of proper street lighting across the parish, beach development, and the implementation of proper street signs, healthcare improvement, and education, among others, as projects she hopes to attempt.

“The problem of non-attendance at the municipal corporation’s monthly meetings will now become a thing of the past,” said Vernon-Foster.