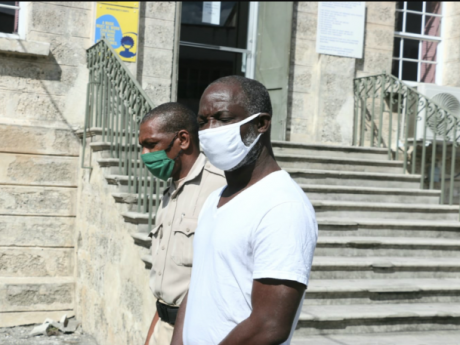 The 49-year-old has spent two months in prison, which a panel of appeal judges deemed to be time served - Contributed photo.

Jamaican Dean George Scott was this morning freed by the Barbados Court Appeal in his case of a breach of a COVID-19 quarantine order.

In handing down the ruling, Chief Justice Patterson Cheltenham said Scott should be freed by the prison once all health protocols are satisfied.

The 49-year-old has spent two months in prison, which a panel of appeal judges, including Madam Justice Margaret Reifer and Justice Rejendra Narine, deemed to be time served.

Scott was sentenced to six months in prison by Chief Justice Ian Weekes last December after he said he was unable to pay a $6,000 fine following a guilty plea for breaching his quarantine order.

He left quarantine at the St Lucy District Hospital without reasonable explanation.

He told the District ‘A’ Magistrates’ Court back then that he left the premises on December 7, 2020, to purchase “Fanta and other stuff” at a shop.

Unable to pay the fine, a custodial sentence was imposed.

His attorneys disagreed with the decision and filed an appeal.

They argued, among other things, that the imposition of a prison term was excessive.

However, public prosecutors argued that the sentence was proportionate given the gravity of the offence having regard to all of the circumstances.